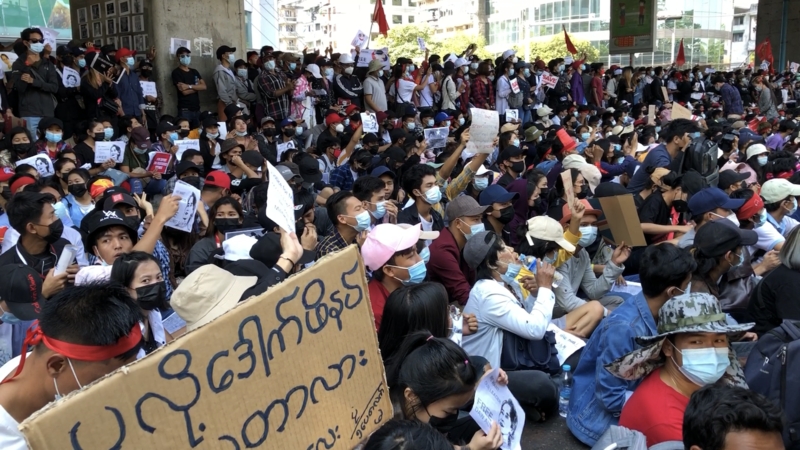 The recent executions by the Myanmar junta of four activists led to international condemnation and sparked protests in the country. It appears that the authorities in Myanmar cracked down on those documenting the protests as a Japanese national was detained for filming the demonstrations in Yangon.

Japanese media outlets reported over the weekend that Myanmar authorities detained a Japanese national for filming the protests in Yangon, according to officials in Tokyo. While the report did not disclose the man's identity, the Jiji news outlet reported that he was in his 20s and that the Japanese embassy in Myanmar called for his release.

Other media outlets in Japan reported that the man was documentary filmmaker Toru Kubota and that he was detained in the South Dagon area in Yangon Saturday as well as two others. The three individuals were in the area filming the protests against the execution of four activists by the junta last week.

This follows an arrest by the junta last year of another Japanese national, journalist Yuki Kitazumi, who was charged with spreading false news during the military's crackdown on the media following the coup in February. Kitazumi was later released and allowed to return to Japan.

It has been more than a year since the generals seized power from Myanmar's elected government and ousted its leader Aung San Suu Kyi. The military staged a brutal crackdown on the protests against the coup, killing hundreds and detaining thousands. 11,820 people are still detained, according to the activist group Assistance Association for Political Prisoners.

Last week, Japan's foreign minister Hayashi Yoshimasa said the executions will only isolate Myanmar even more in the international community. Hayashi issued a statement on the executions, saying that the move will only exacerbate conflict and sharpen national sentiment.

Hayashi also said the executions go against Japan's urging of settling the unrest in Myanmar in a peaceful manner and its demands to free political prisoners who are detained.

In a statement approved by all 15 members of the panel, the council called for dialogue and reconciliation according "to the will and the interests of the people of Myanmar," as well as an immediate stop to the violence, and respect for human rights.