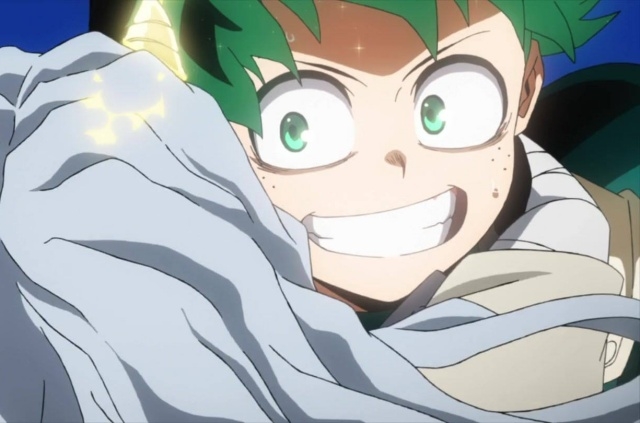 The heroes are in trouble as Shigaraki is finally fully awake and had made his move against them. “My Hero Academia” chapter 274 will also show more of the villains as they were summoned by Tomura.

For instance, Gigantomachia will be back, and Toga appeared to be furious now after losing Twice. She is now attacking like there is no tomorrow, and this will be an added nuisance for the heroes.

In “My Hero Academia” Chapter 273 titled “The Thrill of Destruction,” Deku tried his best to stop the decay launched by Shigaraki, but it proved to be ineffective as the decaying of everything in sight continues. At one point, Froppy said in a loud voice that everything is turning to dust, and Deku recalled the time when he met Tomura Shigaraki in the past.

Their meeting at the mall took place just before they head to the training camp. He remembered telling Tomura how his quirk worked when he grabbed him by the throat and realized that it could be his fault that Shigraki is using his quirk in this way.

Shoto tried to use his Heaven-Piercing Ice Wall quirk but to no avail. On the other hand, Burnin commanded everyone to get out of the way, and together with the civilians, even the heroes were trying to escape from the decay.

In any case, Shigaraki realized that the reason why he was awoken is because the heroes are attacking the Paranormal Liberation Front. “My Hero Academia” chapter 273 ended with this powerful villain ordering Gigantomachia to bring everyone to the city so he could destroy them.

In the upcoming “My Hero Academia” chapter 274, Endeavor and Shigaraki will finally face each other. However, with the villain’s unbelievable quirk, it was predicted that the no. 1 hero will be defeated soon and this could be his dramatic fall.

Then again, Endeavor’s defeat could mark a turning point in “My Hero Academia” chapter 274, and the protagonists may find a way to deal and restrict Shigaraki. The deaths of Gang Orca, Cementoss and Wash have been predicted as well.

“My Hero Academia” chapter 274 is set to be released as scheduled on June 7. This manga is free to read via Viz’s official website.