Mila Kunis, Ashton Kutcher rumor: Actor cries for help online but his wife forced him to remove his message? 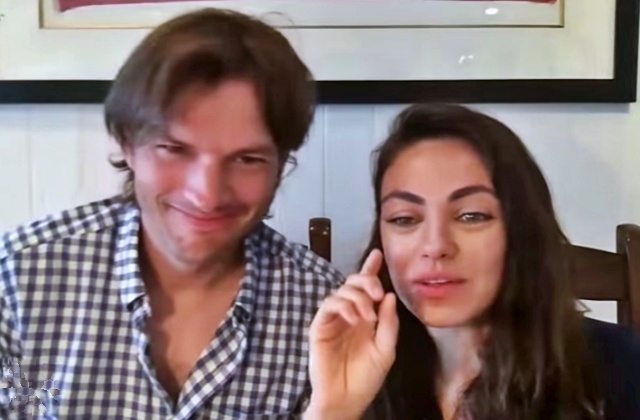 Photo by: Live with Kelly and Ryan/YouTube

Mila Kunis is reportedly upset when Ashton Kutcher posted a message on social media. It was said that the actress forced her husband to remove his alarming post.

In a report that appeared in NW Magazine, it was said that fans saw Ashton Kutcher’s tweet that includes his phone number and area code where he lives. His followers are convinced that the post was the actor’s “cry for help” after being trapped in a hurtful marriage with Mila Kunis.

They said that the actor posted that message because he was looking for someone who can save him from the bad marriage he is in. The magazine described Mila and Ashton’s married life as full of lies, loneliness and fights.

With that, the latter wants out and he thought of doing it by asking for help online though he never mentioned anything about his marriage. Fans are allegedly convinced that it was a cryptic post that only those who will get will understand. Then again, Ashton Kutcher quickly deleted his tweet and NW magazine wrote that the upset Mila Kunis pressured her husband to do it.

"It's pretty odd that he says he misses having a connection with people when he has a wife and two kids at home," the insider supposedly told the tabloid. "Now it's raising eyebrows, and people are speculating about the state of Ashton and Mila's marriage."

It was added that Mila Kunis and Ashton Kutcher have their share of troubles in their marital relationship but this is said to be taking a toll on the actor. It is making him depress but the actress finds it weird that her husband would ask strangers for help or talk to strangers about their personal issues.

“She and Ashton don't see eye to eye on many things,” a source in another NW report said when describing the couple’s relationship. “Ashton can get on her last nerve. He's very controlling and particular about the littlest things.”

Gossip Cop explained that when Ashton Kutcher shared his number on social media it wasn’t a cry for help. It was said that the actor posted it in connection to his personal investment and business ventures. He was promoting an investment and that was not about his marriage to Mila Kunis at all.

Simply put, the claims about Mila Kunis forcing Ashton to delete his tweet is false. They have no marital problems at all.