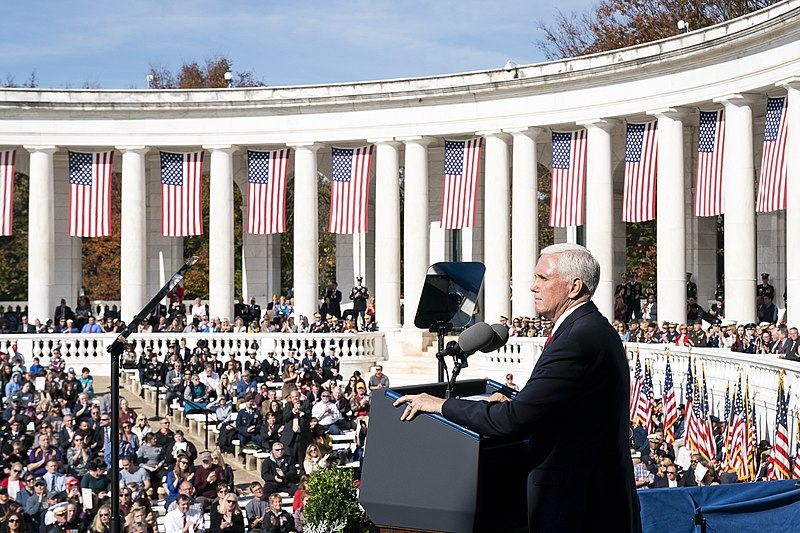 There appears to be an increasingly growing rift between former vice president Mike Pence and former President Donald Trump since the Capitol insurrection and since leaving Washington back in January. With Pence potentially making a 2024 bid for the presidency, his former press secretary says that the former vice president may continue to distance himself from his old colleague from now on.

Speaking with ABC News' Jonathan Karl, Pence's former press secretary, and former Trump White House director of strategic communications, Alyssa Farah said she thinks Pence is going to distance himself further from his old boss. Farah also criticized Trump for defending the insurrectionists who were calling to have Pence hanged during the siege.

This comes as Karl's book revealed that Trump was not worried about his vice president during the insurrection. However, Farah pointed out that other members of Congress do not have the same Secret Service protection that Pence did, especially as they fled and hid for their safety when the insurrectionists broke into the chambers.

When Farah was pressed on why Pence still agreed to meet with Trump after the insurrection, she said that it was because Pence is "deferential" to the chain of command as well as the presidency.

"I think those must have been very awkward and tough conversations. I've always known Mike Pence to be a person of deep character and conviction, so I don't doubt that in those private communications he communicated how bad (Jan. 6) was, and how inappropriate it was --- not for him, for the country," said Farah.

"And I think you're going to see a bit more distancing as time goes on. There's aspects of the record they did together that I know Pence is proud of, but I know he is ashamed of that day, he is ashamed of how the former president conducted himself," added Farah.

At that time of the insurrection, Pence drew the ire of Trump for ultimately refusing to overturn the 2020 election results.

Meanwhile, a former aide to Pence said that there are a number of staffers of the former vice president who are willing to appear before the House committee to testify regarding the Capitol insurrection, including people from Pence's inner circle. Former Pence aide Olivia Troye cited Greg Jacob, who served as Pence's counsel, as well as Marc Short, as who she hoped would come forward and testify before the panel.

Keith Kellogg, who advised Pence on national security threats, was already subpoenaed by the committee. When asked to weigh in on Kellogg, Troye said he may talk due to his loyalty to the Constitution despite being a "Trump acolyte."