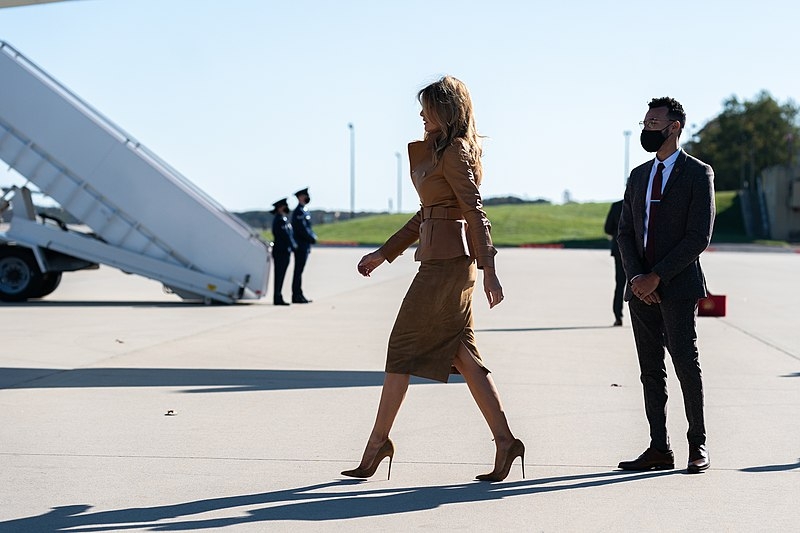 First lady Melania Trump previously unveiled the White House Christmas decorations for this year. However, the decorations were met with mixed reactions and some celebrities have poked fun at the first lady’s final attempt to decorate the executive residence.

Scottish comedian Janey Godley poked fun at Melania’s final undertaking of the White House Christmas decorations. Godley revealed her take on what may have happened as the outgoing first lady was in the midst of decorating the White House for the holidays. The comedienne provided a voice-over to the video Melania shared. In one scene where Mrs. Trump looks at the ornaments, Godley joked, “Aw this is gorgeous, I got all of these out of Primark.”

Godley also poked fun at Melania’s husband Donald Trump, especially in another scene where a toy train is shown around the room. “That’s a wee train I’ve got, Donald stayed up all night playing wae that.” Godley also provided a voice for the outgoing president, joking that he was “hiding” from the tour.

The decorations at the White House this year showcased the country under the theme called “America the Beautiful.” Several rooms had decorations that were dedicated to women pioneers, as well as workers in healthcare and essential businesses that were on the front lines of the pandemic. There were also Christmas stockings hung in the china room for the president, the first lady, and their son Barron Trump. The Blue Room had the official White House Christmas tree decorated with ornaments that showed art from students all over the country.

Melania and the Trumps are set to leave the White House in January. President-elect Joe Biden and his wife Dr. Jill Biden will be moving in after the inauguration on January 20.

The first lady’s stepdaughter Ivanka Trump was recently revealed to have been deposed for allegations of misuse of inauguration funds back in 2017. Ivanka was deposed for over five hours, which she later blasted on Twitter saying that the inquiry was a “waste of taxpayer dollars.” The attorney general’s office in Washington DC filed a lawsuit that alleged a committee made over one million in suspicious payments to the Trump hotel in the capital during the week of the inauguration.