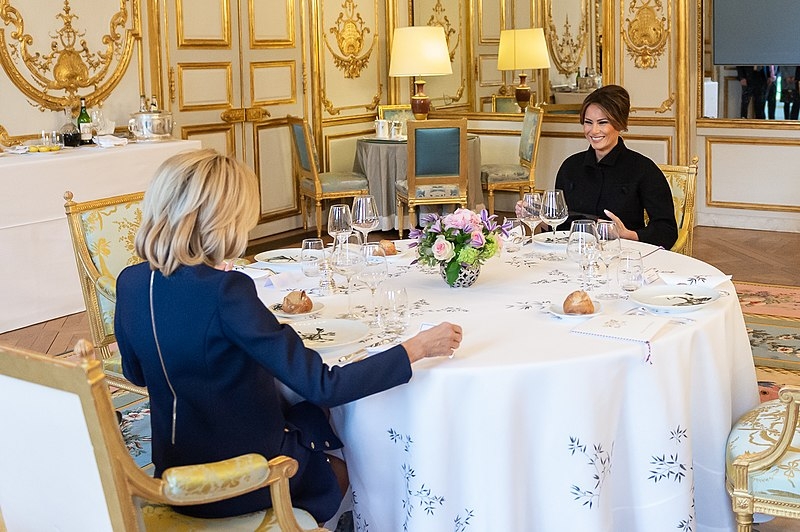 Throughout her tenure as the first lady, Melania Trump has yet to appear on the cover of a major publication. However, a recent report revealed that Mrs. Trump was close to getting a cover story, but her most trusted aide failed to negotiate.

A report by the New York Post’s Miranda Devine revealed that Melania’s chief of staff, Stephanie Grisham, accepted an interview offer for the first lady to appear in the November issue of Tatler. Devine wrote that Tatler was the only publication out of many offers from others that Grisham accepted. However, the aide reportedly failed to secure the cover story for Melania, which was ultimately given to the Duchess of Sussex Meghan Markle.

Devine went on to blast Grisham for her “elusiveness” and that she rarely responds to requests for comment by news outlets and publications. The columnist also alleged that the chief of staff has managed to isolate the first lady from the media as well as her friends and staff members. Grisham also allegedly “alienated” those who could be allies to Melania while sowing discord with Melania’s husband Donald Trump with her approach.

The failed attempt to secure a Tatler cover was reportedly only the latest of mistakes made by the first lady’s chief of staff. This has reportedly led White House staff members to think that the first lady should terminate Grisham with the most notable mistake involving the news that the Trumps tested positive for COVID-19 back in October.

“All the people who spoke to me for this column say they are motivated by a desire to save the first lady from keeping Grisham from her post-White House life or to help Melania write her memoirs,” said Devine.

This week, the first lady unveiled the White House’s Christmas decorations for 2020 in what would be her last time decorating the executive residence before she leaves in January. A statement from the White House revealed that this year’s theme is “America the Beautiful,” which will pay tribute to the country.