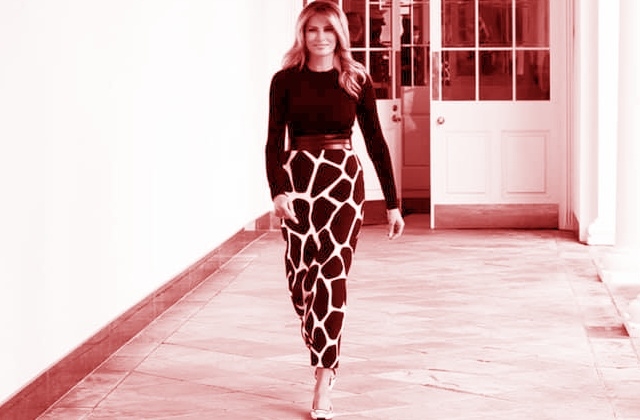 Melania Trump started decorating the White House for Christmas last week. She has been updating her social media followers about the progress of her decorating tasks and uploaded photos and videos too to show the decorations to the public.

This will be the last time that Melania Trump would be able to dress up the official residence of the U.S. president as Donald Trump is expected to step down in January 2021. But then, despite the First Lady’s happy announcement that she has finished decorating and unveiled the look of the White House for this year’s holidays, she received many negative comments.

As per The Hollywood Life, the FLOTUS was also mocked by the netizens by calling her decorations for a “funeral.” This comment was made after they saw urns that were placed as Christmas ornaments.

“Looks like Melania is waking an aisle of black funeral urns, it’s appropriate I guess,” one netizen tweeted while another one posted a follow-up remark that reads: “Black urns with funeral spray for Christmas in a raging pandemic.”

In any case, on Nov. 30, Melania Trump posted the details of the Christmas decorations through the White House’s official page. She revealed that this year’s theme is “America the Beautiful” and stated that this is a “tribute to the majesty of our great Nation.”

“From coast to coast, our country is blessed with boundless natural wonders,” part of the statement reads. “The timeless treasures represented in this year’s holiday showcase remind us of the true American spirit and together, we celebrate this land we are all proud to call home.”

The theme was applied to the Christmas decorations by placing the Gold Star Family tree at the East Wing of the White House. The tree was said to honor people who lost their loved ones in the war in Iraq. It was added that urns with foliage were also placed, and they represent the states and territories and the holiday cards sent in by the first families of the last 12 administrations.

Meanwhile, prior to the reveal of the White House’s Christmas decors this year, Melania Trump was already receiving negative comments. Some people told her not to decorate anymore, and instead, she should start packing to leave the presidential residence. Still, she has supporters who defended her decorations and showered her with compliments.