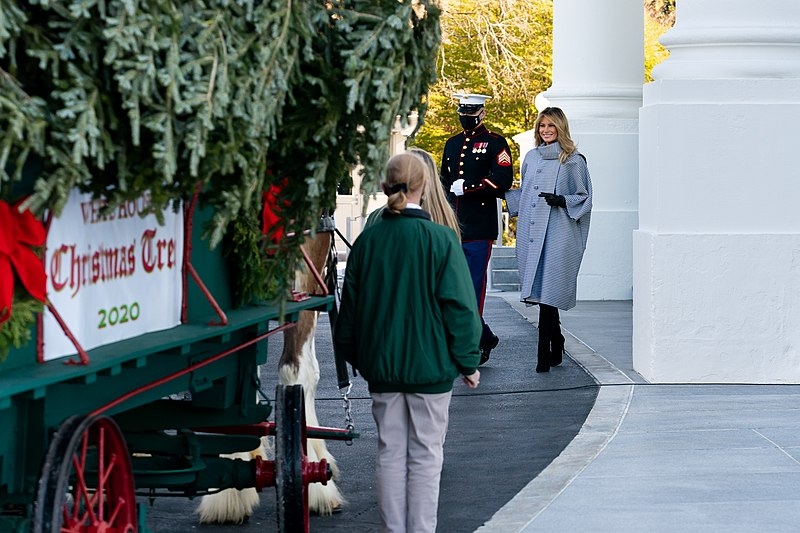 One of the long-running rumors is that of first lady Melania Trump divorcing her husband, Donald Trump once his term as president is over. With the rumors resurfacing after Trump’s election loss, Melania’s former friend and aide revealed that they will definitely stay together even after the results.

Melania’s days as an occupant of the White House are now numbered, with Joe Biden and Dr. Jill Biden becoming the incoming president and first lady. According to the first lady’s former friend and adviser Stephanie Winston Wolkoff, Melania is still definitely staying with her husband even after the loss, refuting the long-running rumor. Speaking to the Evening Standard, Wolkoff shared that Melania’s possible plans after her stint at the White House still very much involve the outgoing president.

Wolkoff also weighed in on the highly-speculated relationship of the Trumps and what they are like in private. “In privacy, and around the dining table they have a banter,” said Wolkoff, who penned the tell-all memoir “Melania and Me.”

The former adviser also touched on the reports that Melania is in talks to write her own memoir about her experiences in the White House. Wolkoff hinted that she will release more recorded conversations if there are events stated in the book that is not true. “I am curious to see if she’s truthful or not because if I have to come out and protect myself, I will,” said Wolkoff.

Meanwhile, Melania previously unveiled the White House’s Christmas decorations in time for the holidays in her final time as first lady. Upon sharing a video of the now-festive-looking executive residence, many noticed one particular room, the Vermeil Room, dedicated to their predecessors John F. Kennedy and Jackie Onassis Kennedy. With Melania taking to social media to share the ornaments dedicated to the former president and first lady, many users expressed surprise that a Democratic president is being honored by a Republican first lady in this manner.

However, others have criticized the decorations, referencing the renovations Melania did to the White House Rose Garden, initially planted by Jackie Kennedy. “President Kennedy? You mean the husband of the incredible first lady whose Rose Garden you absolutely mutilated?” said one user.