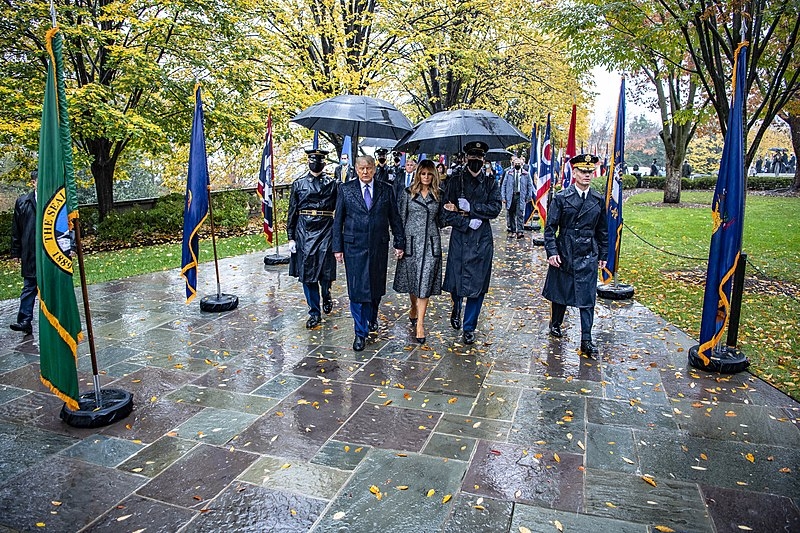 Following what seemed like a tumultuous election resulting in the victory of Joe Biden over Donald Trump, rumors continue to spread that first lady Melania Trump may be divorcing him by January. However, friends of the first lady shared that she has no plans to leave him even after his loss.

Rumors of divorce have reemerged over the past weeks following Trump’s election loss to Biden. To this day, Trump refuses concession to his Democratic rival and has even continuously asserted his baseless allegations of a rigged election. While former advisers to the president claimed that Melania is waiting to divorce him by January, friends of the first lady including her own spokesperson Stephanie Grisham have said that they will stay together.

Among those who have echoed that the first lady will stick with the president even after the election is Trump’s former attorney Michael Cohen. Cohen claimed that the couple is more alike than they appear to be. “I don’t think Melania leaves Donald,” said Cohen. “She’s very willingly complicit in his crimes and holds his beliefs as her own. Those two deserve each other.”

Mary Jordan, the author of another biography of the first lady, also revealed that the couple have an unusual relationship. Nevertheless, Jordan added that they do love each other, and that even though they spend a lot of time apart, Trump trusts her and she is the first person he calls after he makes a speech or rally.

Former White House aide Omarosa Manigault Newman previously claimed that the first lady was counting down the days until the inauguration on January 2021 so she can leave him.

Meanwhile, body language expert and psychologist Bruce Durham claimed that Melania and Donald’s dynamic has since shifted following the elections. Durham suggested that the first lady was now the more dominant one or is beginning to assume the more dominant role in the relationship. Durham noted the photos of the couple before the election and after the results were coming in.

“For years we have seen Donald leading their actions via his body language control behaviors...the tides could be changing,” said Durham.