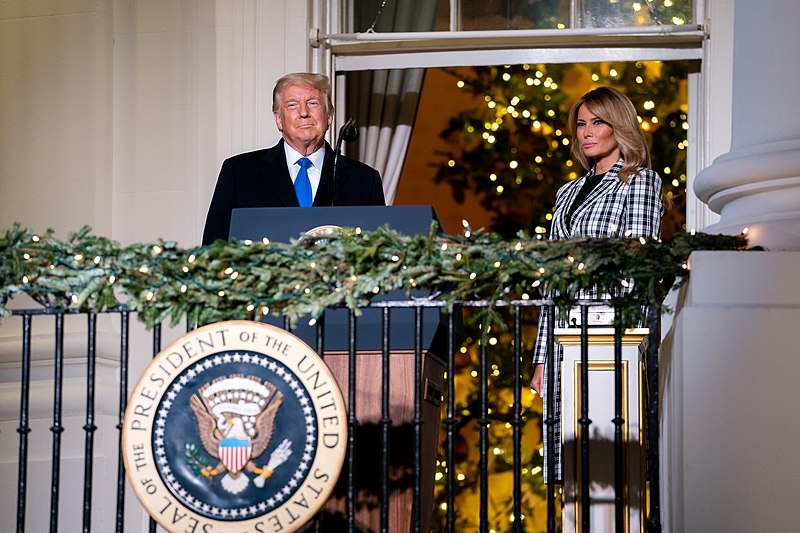 First lady Melania Trump and her husband Donald Trump are not known for being very affectionate compared to other presidential couples. Although Melania is highly supportive of her husband now, a body language expert says it was not the case when Trump announced his presidential bid back in 2016.

As Melania’s time in the White House is now limited, speculations have circulated as to what the soon-to-be-former first lady will be up to after she leaves the White House. While Trump appears to float around the notion that he will run again for president in 2024, Melania may not be so sure she likes the idea of returning to the post. At least, according to relationship and body language expert Nicole Moore, who noticed that the then-future first lady was not so keen on her husband’s political aspirations in 2016.

Analyzing footage of the Trumps’ interview with Barbara Walters prior to the 2016 elections, Moore said that Melania was not really happy about her husband’s presidential bid. Moore cited that when two people are mutually supportive of something, they tend to turn their bodies and faces toward each other. This indicates shared emotions between the two people. Moore said that this was not the case for the Trumps. However, Moore noted that Melania appears to light up whenever they are asked about how she and Trump first met.

Nevertheless, speaking with The List, Moore said that Melania had shown some reluctance towards the idea of her husband running for president again. “If you notice how Melania is sitting when she says she supports her husband, she does not move closer to him at all.”

The first lady recently unveiled the new White House Tennis Pavillion, a project she undertook alongside the renovation of the White House Rose Garden this year. The Pavillion is found at the south grounds of the executive residence, and the announcement comes as the US is hit with another surge in COVID-19 cases and deaths. However, upon the announcement on social media, it was hit with a wave of backlash from critics, who described the photos as insensitive.