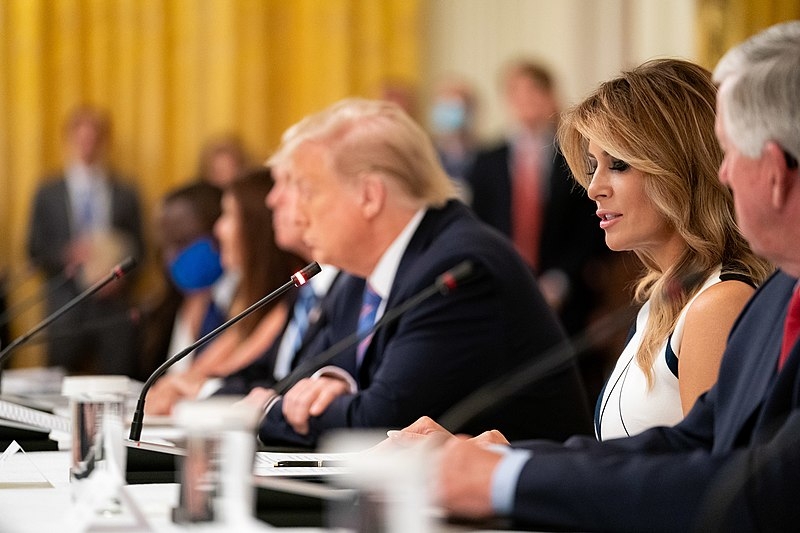 As Americans pushing to end racism in the country are also calling for the removal of names and statues of historical figures that are known to be racist, the Trump administration has called to retain these symbols. First lady, Melania Trump’s statue near her hometown in Slovenia, was reportedly set on fire and burned.

The New York Post reports that the wooden statue depicting the first lady near her hometown of Sevnica in Slovenia was burned over the weekend. The artist who made the sculpture, Brad Downey, revealed that he had the statue removed a day after he was informed of the news. It is unclear why the statue was torched, and Downey has expressed wanting to know the reason for torching the said statue of the first lady.

Downey hoped that the statue would open up a conversation about the current political climate in the United States. The statue also hopes to showcase Melania’s status as the current first lady who is an immigrant that is married to a man with anti-immigrant policies. Downey has since filed for a police report to talk to the ones responsible for the vandalism. This is part of a film he is planning to make for his exhibition that is expected to open in Slovenia by September.

According to the police spokeswoman Alenka Drenik, “The investigation, in this case, has not been completed yet so we cannot reveal details due to the interest of further procedures.”

This is not the first time a statue of the Trumps was defaced in Slovenia as back in January, the statue of Melania’s husband Donald Trump in Moravce was burned.

Trump was sworn into the presidency in 2017, and among those who helped in planning the inauguration was one of the first lady’s longtime friends, Stephanie Winston Wolkoff. Wolkoff is set to write and publish a tell-all book about her relationship with the first lady, including details about her time in serving as one of Melania’s advisers in the East Wing.

The title of the book is “Melania and Me: My Years as Confidant, Advisor, and Friend to the First Lady” is expected to be released by September 1st.