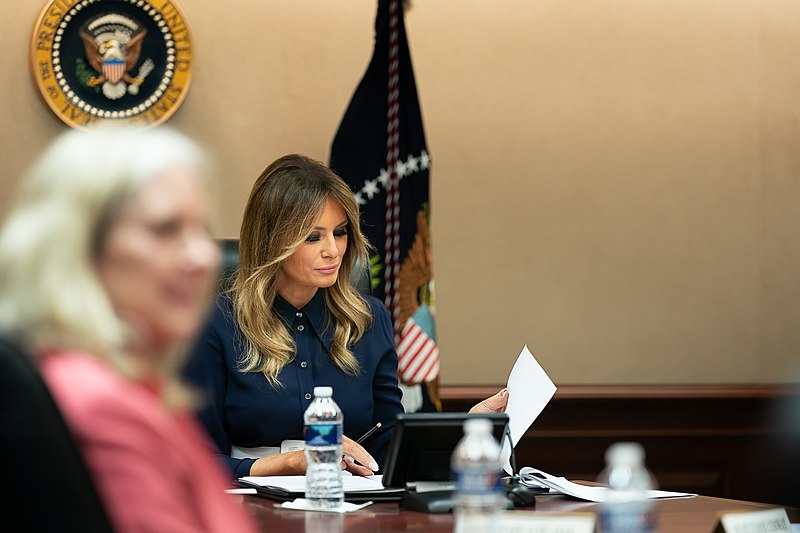 There have been quite a few books written about first lady Melania Trump, the latest being by Washington Post reporter Mary Jordan called The Art of Her Deal. Now, another book is being written about the first lady, but this time it is by her former aide.

CNN reports that former senior adviser to Mrs. Trump as well as a longtime friend, Stephanie Winston Wolkoff, will be penning a tell-all book about the first lady. The book will supposedly detail the events that led to her dismissal from the White House staff as well as how it affected her friendship with the first lady.

Wolkoff was among the first hires in the East Wing when Melania assumed her role as the first lady of the United States. As her senior adviser, Wolkoff helped Mrs. Trump write her speeches and played a part in shaping Melania’s Be Best initiative.

The two women have known each other for 10 years until the investigations into what transpired behind the scenes during the inauguration placed some strain on their relationship. This was mostly brought on by the money paid to Wolkoff’s firm, $26 million, $1.6 million of which went into Wolkoff’s business. For her work in the inauguration, Wolkoff received $500,000, and she did most of her work while based in New York City. Her working relationship with the first lady was terminated by February 2018, with Wolkoff telling the New York Times that she was “thrown under the bus.”

A source said that Melania was not happy upon hearing the news that Wolkoff will be releasing a book about her time in the White House. The first lady also reportedly said that things “will not end well” should Wolkoff reveal any personal information about their friendship.

Onto other related news, Fox News issued an apology for cropping out Melania’s husband, Donald Trump in the infamous photo of the pair with convicted sex offender Jeffrey Epstein and his longtime associate, socialite Ghislaine Maxwell. The photo was taken back in 2000 when Melania was known at the time as Melania Knauss, who was still only dating Trump. The network expressed regret about cropping out Trump while at the same time leaving out Melania.