Melania Trump, Donald Trump: Can the President really have his wife deported? 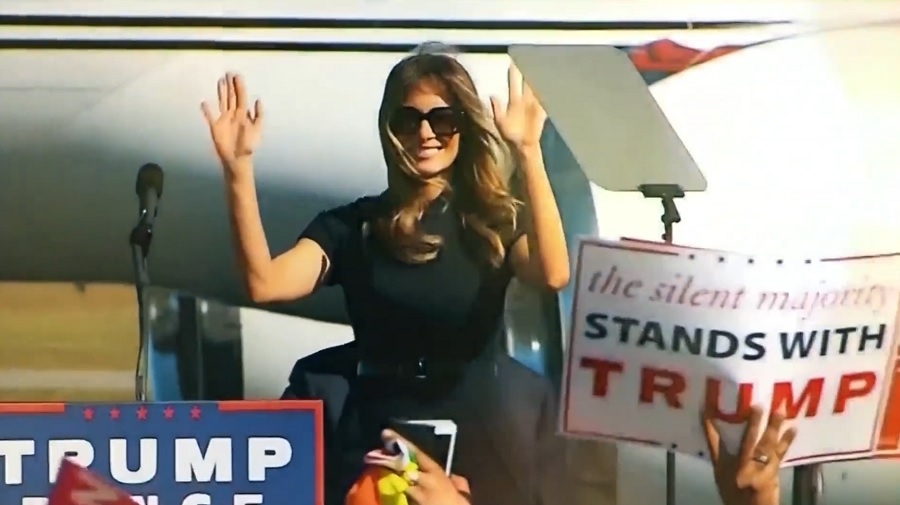 From a promo clip of CNN’s “Woman of Mystery: Melania Trump” special by Kate Bennett | Photo via nch/YouTube screenshot

Both critics and supporters of Melania Trump and Donald Trump had recently been talking about one thing. It was Trevor Noah’s theory that the President is allegedly weaving his immigration policies with the endgame of deporting his wife.

Noah’s suggestion was featured at an episode of his satire news program “The Daily Show.” So one can assume that the so-called conspiracy theory is a mere pun to shed light on Mr. Trump’s immigration policies. However, the arguments Noah presented were so on point that it actually begs the question can the American president do that to his first lady?

Technically, even the President cannot single out someone and have them deported without sufficient legal basis. Noah, however, argued that Mr. Trump’s previous immigration comments seem to apply to his wife. For one, the President once complained about immigrants accepting jobs in the U.S. even without the right documents to do so.

It can be recalled that since 2016, critics have been questioning Mrs. Trump’s visa status when she arrived in the U.S. and started to work in the modeling industry. She confirmed at an earlier interview that she went to America on a visa and that she was flying back to Slovenia “every few months to stamp it.” Reports pointed out that the types of visas needed to be updated over a certain period are the ones that typically do not allow visitors to work in the U.S.

More recently, Trump has been commenting about “chain immigration,” where one immigrant petitions their relatives to get a green card. Noah then shows reports that the First Lady allegedly sponsored the citizenship of her parents that was approved last year.

Questions over Melania Trump’s US immigration history are not new

The history of how Mrs. Trump got to America has been a topic of several criticisms and controversial memoirs. In Omarosa Manigault Newman’s 2018 book “Unhinged” she also discussed the First Lady’s EB-1 visa or the so-called “Einstein Visa.” The former White House aide revealed her speculations that the President pulled some strings so his wife could acquire the said documents and “expedite” the process.

In the same book, Manigault Newman suggested that the history of how Mrs. Trump obtained her citizenship could be the main reason why the First Lady still stands by his husband. Speculations that the First couple is having marital issues proliferated over the years, especially when the “grab them by the p****” tape came out. Following Trump’s election, it was also reported that he had his attorney pay adult movie star Stormy Daniels a large sum of money allegedly to silence her about their past sexual relationship.