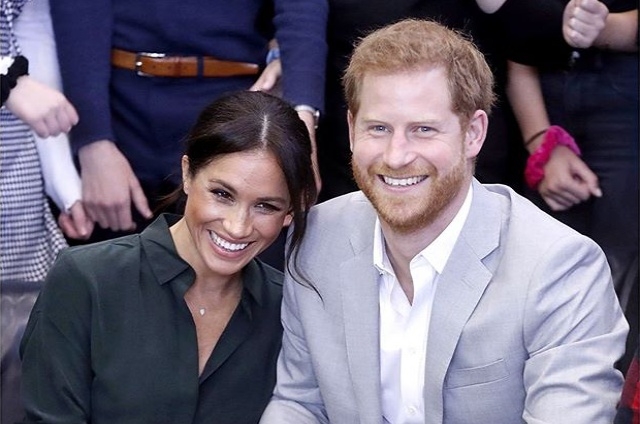 Meghan Markle and Prince Harry will welcome their second child this year. It was claimed that the Duchess of Sussex is giving birth in a few months and they are having a girl this time.

OK! Magazine reported in December last year that the duke and duchess are expecting their child this year. It was said that Meghan was seen with a baby bump in November 2019, although it was not really obvious.

An insider went on to reveal to the magazine that the duchess has that “pregnancy glow” in the event that she attended on that month, so she is definitely pregnant. It was added that the former “Suits” actress keeps touching her belly as well just like when she was pregnant with baby Archie.

“She’s about four months pregnant, and it’s a girl!” the tipster told OK! in November. “The first people who they told were Prince Charles and Duchess Camilla, who were both thrilled. Prince William and Duchess Kate were next, and they were just as happy.”

The bets on Meghan’s pregnancy

What’s more, because many people also believed that Meghan Markle is pregnant, the betting already started. As per Cosmopolitan, the betting odds reveal that many think that the duchess is already in her first trimester of pregnancy.

The bets were in place in the popular UK betting site Mybettingsites. People started placing their bets when Meghan and Prince Harry attend their final official engagement as senior members of the royal family not long ago. Cosmopolitan also stated that while the duchess is not showing any signs of pregnancy, people based their judgment of her pregnancy based on her current aura which most people describe as the “pregnancy glow.”

"Unsurprisingly, royal fans have been quick to question whether Megan’s glow means she’s expecting her second baby," the spokesman of Mybettingsites said. "The latest betting definitely suggests there could be an announcement around the corner and when it comes, bookies should brace themselves for yet another betting bonanza."

But then again, Gossip Cop steps forward to debunk the story that Meghan Markle and Prince Harry are set to welcome their second baby this year. Firstly, the former was last seen in public during the Commonwealth Day service earlier this month and it is clear that she doesn’t have a baby bump. Lastly, OK! Alleged that she is seven months pregnant and there is no way Meghan could hide her tummy if that was the case.