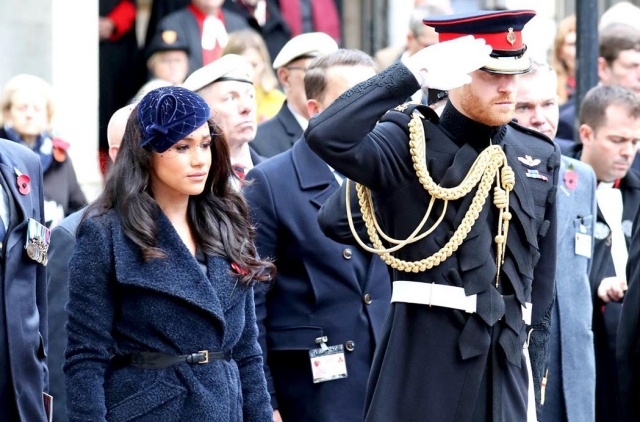 Meghan Markle has ordered Prince Harry to find a job as they badly need cash now. It was suggested that since quitting their post as senior working royals, the couple ran out of sources to get money from. With their spendings and continuously living in luxurious royal style, the couple’s bank accounts are allegedly depleting fast and they need cash as soon as possible.

Why Meghan wants Harry to work

This report was first published by the National Enquired and later picked up by New Idea. Both publications claimed that the Duke and Duchess of Sussex are not financially stable these days and claimed that the latter could not live like this. Thus, she wants Prince Harry to start working somewhere.

“Meghan is terrified her champagne dreams of being a Hollywood queen will be shattered by this financial nightmare and is insisting Harry get off his duff and solve the crisis,” the tipster allegedly told the tabloid. Moreover, the former “Suits” actress is supposedly very concerned because the prince doesn’t have any experience working outside of his royal duties.

“Harry’s given up royal life for his rebel American wife, but his sacrifice is blowing up in their face,” the tipster relayed. “If Harry can’t find a job, he’s going to pay a big price for running from his bloodline responsibilities. Maybe he can land work doing TV traffic reports in LA?”

What’s more, Meghan Markle wants Prince Harry to find a job because they are allegedly in debt because they are just renting their current home now. Plus, they stated before that they will pay back the $3 million that they spent on renovating the Frogmore Cottage in the U.K.

Is the couple really struggling financially?

It is true that Meghan Markle and Prince Harry declared that they want to be financially independent which means they will no longer receive fundings from the royal family. Their “salaries” given for their royal duties will be cut so apparently, they will have no source of income after leaving the palace and moving to Canada.

However, Prince Harry is still a member of the royal family and he will still be supported by his father’s fundings that have supported him throughout his life. This is their family’s private landholdings and with his situation, it was said that he will still receive fundings for the time being.

Prince Harry has a large inheritance from his mother, Princess Diana, as well. She is also wealthy even before marrying Prince Charles and she left a substantial amount for her sons. Obviously, the story is false since the prince is still very wealthy and has lots of money to burn even if he gave up his post in the Buckingham Palace.