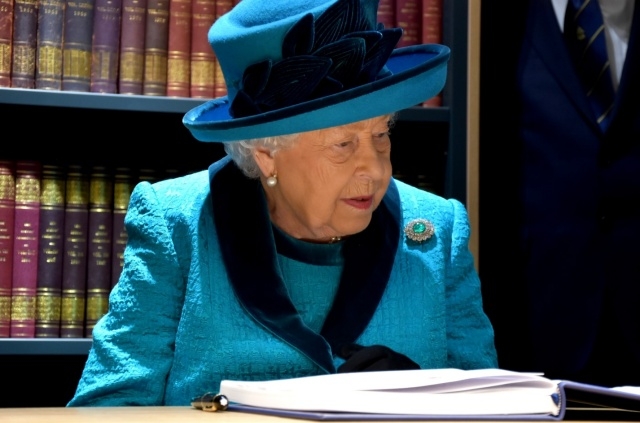 Queen Elizabeth reportedly wants her revenge against Meghan Markle and Prince Harry, and she got what she wants during a recent event. It was said that Her Majesty took her chance when the Duke and Duchess of Sussex returned to Buckingham Palace for the Commonwealth Day service on March 9.

As per BBC News, this is the couple’s last public appearance as working members of the Royal Family. The Sussexes joined Queen Elizabeth and other senior members of the royal family at the annual service at Westminster Abbey.

Now, New Idea reported that The National Enquirer published another story based on the event and while Prince Harry and Meghan were pictured smiling, the tabloid wrote that something unpleasant was actually taking place and it involved the Queen. As mentioned, it was said that now that the Sussexes are back, she took the chance to get her revenge.

“Her Majesty’s message is clear – Harry and Meghan are OUT!” a source allegedly told the tabloid. “The queen commanded Harry and Meghan to join the family for their last appearance as working royals but in a humiliating snub, she cut them out of the procession and were forced to walk to their seats.”

The tipster further said that the couple was directed to the second row seats, behind Queen Elizabeth, Prince Charles, Camilla, Prince William and Kate Middleton, suggesting that even the seat arrangement was part of the Queen’s plan to humiliate the Harry and Meghan. It was added that the former “Suits” actress was really upset over the way they were treated and demanded an explanation.

“Meghan was furious – this was a huge blow to her ego,” the source told the paper. “She demanded to know why William and Kate – who Meghan can’t stand! – were walking with the queen but not them.”

Gossip Cop suggested that this is a made-up story because obviously, the tabloid is not aware of the protocols and customs of the royal family when there are events like the Commonwealth Day service. The fact-checking site added that while it is true that Prince Harry and Meghan Markle sat behind the five mentioned senior royals, it was not a snub and in fact, it was the same seating arrangement as last year.

Moreover, since Prince William is the second in line to the throne and Prince Charles is the first, it is normal for them to be sitting next to the Queen. Meghan is also not upset at all as she already knew about this royal protocol.