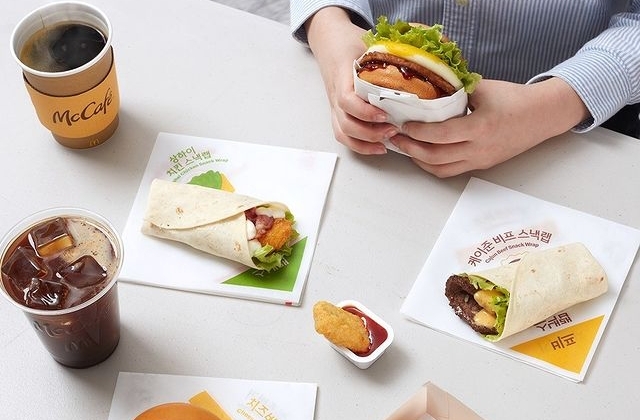 McDonald’s Korea issued an apology to its customers after it was discovered that one of its fast-food outlets in Seoul has been serving expired hamburger buns and tortillas. The restaurant admitted the mistake and expressed deep regret over the incident.

According to The Korea Times, McDonald’s Korea learned that one of its stores in the city used hamburger buns and tortillas that have dates beyond their “date of use” schedule and started last year. The company apologized for the error but said that its HQ was not aware of it when it was happening and referred to it as a mistake made by the branch’s part-time crew member.

The headquarters only came to know about it when the employee confessed. McDonald’s Korea revealed it already acted on the case by imposing disciplinary action.

"Our employee confessed that she made the decision to use the expired food materials,” a company official stated. “We have taken disciplinary action against the part-timer as well as her restaurant manager, who left in July."

Some local media outlets reported that there was a whistleblower who disclosed the practice to the Anti-Corruption & Civil Rights Commission. The employee told the agency that her co-workers have been using expired buns and tortillas for the orders. It was said that her claims were backed by a video that was submitted for evidence.

The whistleblower shared that some staff replaced the expiration date stickers with a new one and continue to use the expired products. She added that this happened throughout 2020. The surprising twist is that she said it was their store manager who ordered the changing of the expiration dates by putting new stickers over the original ones.

"We are not the only restaurant doing this as far as I am concerned,” the whistleblower said. “Every restaurant is taking care of their own loss coming from the food material waste and managers are responsible for this. I guess they made the decision to relabel them because they felt like they had to reduce the loss."

Korea Joongang Daily reported that the video evidence for the relabeling of the expired products was made public earlier this week by the local media outlet, KBS. It was also noted that this is the very first time that McDonald's Korea was ever reported for a food safety issue.

At this time, the Anti-Corruption & Civil Rights Commission is already investigating the case.