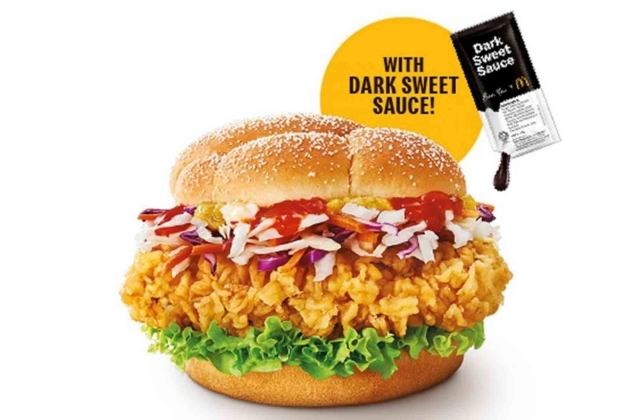 McDonald’s Singapore is offering a new kind of burger In celebration of the nation’s National Day on Aug. 9. The fast-food chain is releasing the limited edition sandwich called the Crispy Hainanese Chicken Burger on Aug. 5.

Channel News Asia noted that McDonald’s Singapores’ new offering to its customers is actually paying homage to the local’s favorite dish, which is Hainanese chicken rice. To create the new burger, the restaurant teamed up with Singaporean actor and television host Ben Yeo.

The Mediacorp artist is McDonald’s guest chef who was tapped to present its take on the national all-time favorite classic. As mentioned earlier, the burger is coming to Singapore outlets starting Thursday, Aug. 5, and it can be ordered through delivery services including McDelivery, GrabFood, and Foodpanda.

The McDonald’s Singapore’s newest limited edition burger will be served with a dark sweet sauce that should be drizzled on top of the sandwich, just like ketchup. The Straits Times stated that the Crispy Hainanese Chicken Burger is composed of crispy fried chicken patty that is topped with cabbage, lettuce, and carrots. It also has mayonnaise, ginger, and garlic chili sauce, and everything is sandwiched in semolina buns.

“My inspiration behind the Crispy Hainanese Chicken Burger comes from my love and passion for local food,” Yeo said regarding his burger creation. “I grew up eating local food, so I wanted to incorporate a local flavor and taste – with a McDonald’s twist – into the burger!”

The 42-year-old guest chef also revealed that he and McDonald’s spent nine months researching and carrying out taste tests for the chicken burger. He shared they tried various local flavors before finally deciding on crispy Hainanese.

Finally, Today Online mentioned that McDonald’s Crispy Hainanese Chicken Burger may also come as a set with banana pie and crisscut fries as a special menu for the upcoming National Day. It should be noted that this menu item will only be available in store outlets after breakfast hours. Moreover, customers can also enjoy the meal with the new Kopi Frappe that was also developed based on the local’s taste.