Manny Pacquiao fight 2020: July event could be against Terence Crawford or Mikey Garcia in Saudi Arabia 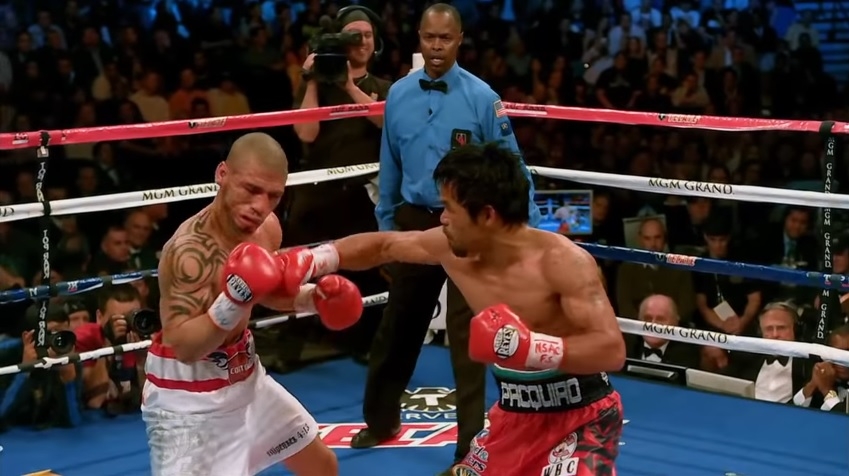 From the trailer of the documentary "Manny" released in 2014. | Photo via Movieclips Indie / YouTube screenshot

Manny “Pac-Man” Pacquiao is certainly one of the most awaited boxers to return to the ring this year. While his team initially planned for him to fight in early 2020, it now appears that a July event is much more likely.

In recent media events, Pacquiao’s camp seems set on the new timetable of his next fight. But many details remain tentative at this point. For one, the Filipino champ has yet to pick his next opponent even though other big names in the welterweight division are practically lining up to challenge the 41-year-old boxer.

The names of Mikey Garcia and Terence Crawford are the most recently reported possible opponents for Pacquiao’s first fight in 2020. Garcia has actually been attached to many reports of Pac-Man’s 2020 return, but many fans believe that he has to earn this match. The best way he can do it is by winning his upcoming match with Jessie Vargas on Saturday, Feb. 29 at The Ford Center at The Star in Frisco, Texas. The fight will be streamed via DAZN.

Eddie Hearn told ESPN MMA that he is hoping to close a deal that would have Pacquiao fight under his company Matchroom and DAZN. Hearn reiterated Garcia is determined to fight Pac-Man but also implied that Vargas might also be a worthy opponent. The latter is a likely event if Vargas ends up winning on Sunday evening.

Bob Arum, on the other hand, offers another very interesting proposition floating a potential unification fight between Pacquiao and Terence Crawford. Pac-Man holds the WBA Super welterweight belt while the undefeated Crawford is currently the WBO welterweight titlist. In separate interviews, Arum and Hearn appeared in favor of a July fight in the Middle East.

Manny Pacquiao next fight: Pac-Man might have a boxing match in the Middle East for the first timeline

The hype around who is going to fight Pacquiao next has only gone up with all the talks, and now that fans will have to wait several months to see it happen. Adding up to the excitement is the likelihood of Pacquiao having his first-ever fight in the Middle East.

Pac-Man’s team has repeatedly mentioned considering to hold his next fight in Saudi Arabia. So far, other promoters wanting to clinch a match with Pacquiao on the bill appear to agree with the preferred venue.