With the deal, Barshim joins a group of world-class athletes sponsored by Puma.

Twitter claims it has a premium sport betting audience that wagers 15 percent more annually and that 62 percent of users wager monthly.

The collection, according to soccer's global governing body, allows fans to own their favorite moments and promises to be affordable and inclusive.

Porsche had been expected to join F1 in 2026 and take a 50 percent stake in the Red Bull team.

The unique '90s-inspired shoe also has a redesigned internal heel pod to keep the wearer's feet comfortable and secure.

The new deal will also ensure that Pacers and Fever games will be available on the Bally Sports+ direct-to-consumer service when it launches nationally later this month. 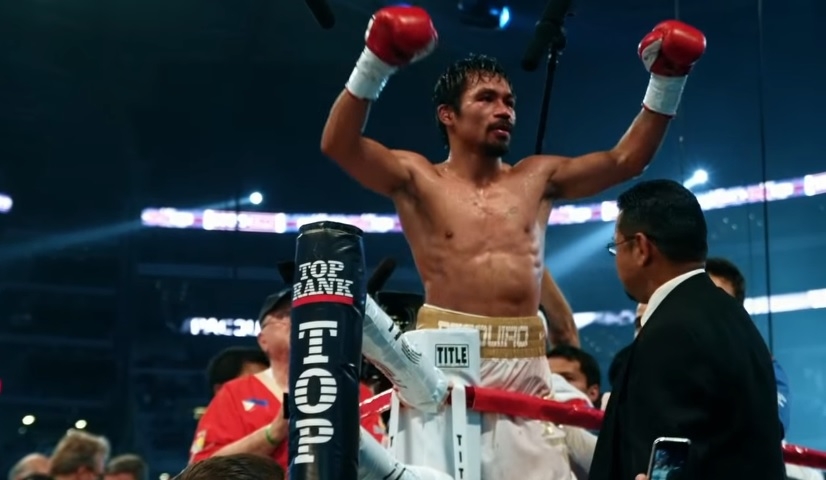 Errol Spence Jr. recently reiterated his hopes of facing Manny Pacquiao for his next fight. However, some technicalities suggest that their bout would have to wait for some time, at least, not for the Filipino boxer’s target schedule of return to the ring in early 2020.

Pacquiao, 41, has been confirmed to have his next fight sometime between March and April next year. However, his camp has yet to finalize the name of his next opponent. While Pacquiao and his fans have been clamoring for a rematch with Floyd Mayweather Jr., the Filipino champ will probably be facing other boxers in 2020.

Spence bagged one of the biggest boxing victories in the welterweight division this year after unifying the WBC and IBF titles. And in his first interview since his car accident last October, Spence mentioned Pacquiao and Danny Garcia as the top names on his list of next opponents. But a bout against Garcia is more likely.

Reports from the WBC annual convention indicated that Spence should tackle mandatory defense fights for his WBC and IBF belts, respectively. He has also revealed in the same interview that he is now eyeing to return between May and June next year.

To keep his IBF belt, Spence is required to face Kudratillo Abdukakhorov after his fight with Garcia. All these details mean that a fight with Pacquiao might not even take place next year.

Manny Pacquiao’s potential opponents in 2020 other than Errol Spence Jr.

Pacquiao has had a victorious 2019 after winning his fights against Adrien Broner in January and Keith Thurman in July. The Filipino boxer snagged the WBA (Super) welterweight belt from Thurman and has been openly challenging Floyd Mayweather Jr. for a rematch. However, this blockbuster fight does not seem to be taking shape even after Mayweather confirmed he is coming out of retirement.

There has not been a reported mandatory defense yet for Pacquiao, making his next opponent more difficult to determine. But in earlier reports, his coach Freddie Roach and boxing matchmaker Sean Gibbons have confirmed the Philippine senator’s plan to fight in March or April 2020. They also both mentioned Danny Garcia and Mikey Garcia as two of his most likely opponents next year. It then appears that Mikey is probably the one getting the ticket to be the next opponent of the only boxer that became an eight-division titlist in the sport’s history.