Manny Pacquiao, Keith Thurman 2019: PacMan Calls ‘One Time’ Arrogant; Is Curious Whether Undefeated Boxer Can Back His Words 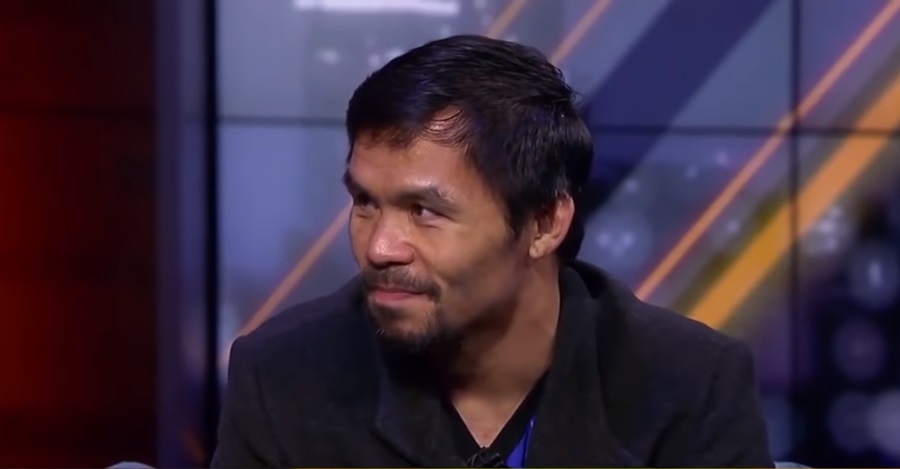 Manny Pacquiao’s fight against Keith Thurman is only a month or so away and both fighters have been diligently preparing for the much-anticipated collision. Aside from training, however, both men have been promoting their fight, with the narrative taking on a few colorful predictions.

Keith Thurman previously said that he’s going to be the last fighter that Manny Pacquiao face as he’s intent in sending the Filipino slugger into retirement. In response, PacMan said that he’s unfazed with Thurman’s trash talking and is curious whether his confidence will be the same once they exchange blows in the ring, Rappler reported.

"He's a loudmouth outside the ring. Let's see if he can back it up inside the ring. Some boxers are arrogant while other boxers are humble. [Keith] Thurman? We know he's arrogant,” Manny Pacquiao said. He added that all these trash-talking is only inspiring him to push himself harder during training.

At 40 years old, PacMan is a full decade older than Keith Thurman, a factor that contributed to Manny Pacquiao being considered an underdog for this fight, although not by much. In the weeks leading up to the July 20 bout, the odds surrounding both men have slowly changed its tune.

A couple of weeks ago, numbers from MyBookie showed that Manny Pacquiao was a plus-130. On June 3, that number changed to plus-125. And as of this writing, it has gone down to plus-110. Meanwhile, Keith Thurman is currently a minus=140 at the moment, down five points compared to numbers shown on June 3.

Both fighters are coming off a win prior to this match. Manny Pacquiao won by unanimous decision against Adrien Broner and Keith Thurman did the same against Josesito Lopez. The only difference between the results is PacMan handled Broner quite easily, while “One Time” came dangerously close to being knocked out by Lopez in the seventh round. It’s for this reason that Pacquiao’s camp is confident he’ll win the match as PacMan’s power is apparently far more devastating compared to Lopez’s.