Manny Pacquiao, Keith Thurman: ‘One Time’ Promises to Retire, Will Become an Analyst Should Filipino Boxer Pulls an Upset 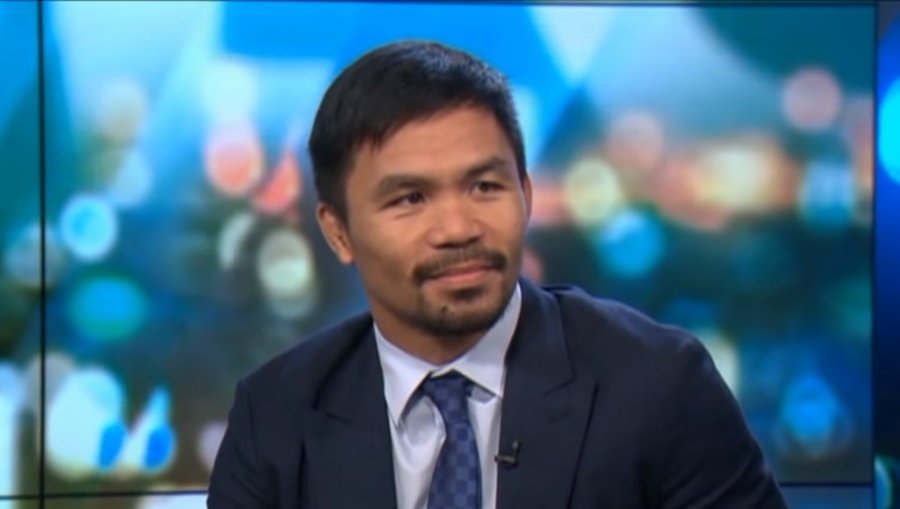 Photo via Screenshot of James DeWeaver/Youtube

The upcoming fight of Manny Pacquiao and Keith Thurman is reaching new heights as the two have started to promote the July 20 matchup. Naturally, a lot of trash-talking has been thrown by both fighters, more for the latter rather than the former, BoxingScene reported.

Manny Pacquiao has never been one to bad mouth his opponents before or after a match. Keith Thurman, on the other hand, wasn’t shy to let some words fly.

For instance, “One Time” is claiming that the bout will send Manny Pacquiao into retirement, a statement that didn’t faze the fighting senator. The future Hall-of-Famer said that Keith Thurman’s boasting isn’t new to him since he’s been in the sport for over two decades.

Trash-talking aside, Manny Pacquiao is considered a plus-130 underdog and Keith Thurman is a minus-150, according to the numbers shown by MyBookie. But even though this is the case, the 40-year-old said he isn’t paying attention to the odds and adds that he relishes being an underdog as it motivates him to train harder.

“Fighting an undefeated fighter is a thrill because I enjoy taking that record away from them. I promise that the best is yet to come, and I assure you Keith Thurman doesn’t scare me. He inspires me,” Manny Pacquiao said.

For his part, Keith Thurman did say that should an upset occur, he’ll also consider retirement and will look to shift his efforts toward being an analyst. Whatever the case, this upcoming match is expected to produce some stellar moments, especially since Thurman and Manny Pacquiao have a penchant for aggressive playstyles.

Both boxers are facing their own problems at the moment as they prepare for the fight. Keith Thurman’s main concern is returning to his former self as his recent performance saw him being sluggish in the ring. Indeed, Josesito Lopez almost knocked “One Time” in the seventh round during their bout a few months back. Meanwhile, Manny Pacquiao’s problems are the age difference and the fact that George Kambosos Jr – his sparring partner – is no longer in his camp. Hopefully, both fighters will remain healthy until July 20 as boxing fans and analysts alike are excited to watch how this collision will conclude.