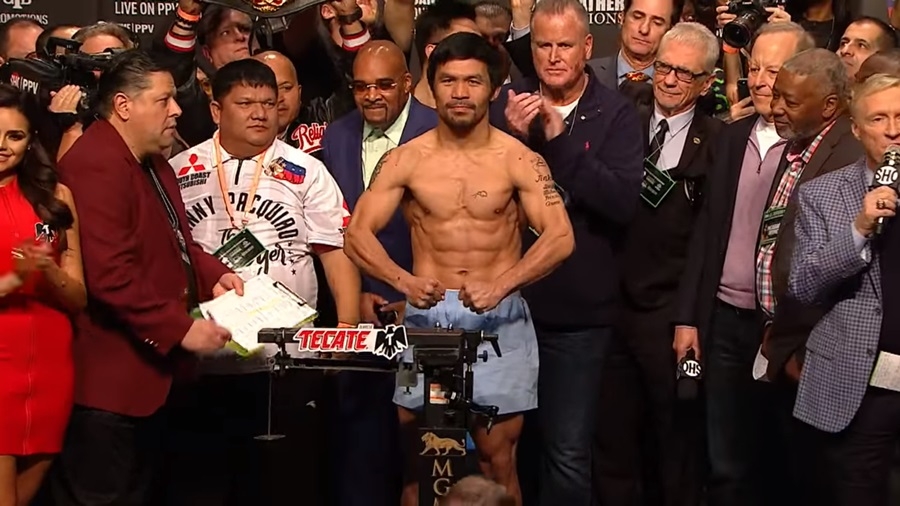 The Manny Pacquiao versus Keith Thurman fight is drawing more hype by the day as the two is set to collide on July 20. In recent weeks, the latter has unleashed a volley of trash-talking, claiming that he’s going to send the fighting senator into retirement, BoxingScene reported.

This sentiment has been echoed by renowned boxer Terrence Crawford who said that Keith Thurman should take care of Manny Pacquiao and move on to bigger fights. For his part, the Filipino slugger hasn’t responded to the statement as he’s gearing up for war inside the gym.

Conditioning coach Justin Fortune revealed that training has already begun for Manny Pacquiao, with their efforts aimed at identifying Keith Thurman’s most favored maneuvers. Fortune identified these as the left hook, right straight and right hook – the last one being the most unusual given that most American fighters don’t favor throwing that particular punch, PhilStar reported.

“I think he’s the best fighter Manny’s facing in several years. He’s a champion, too, and unbeaten. [Keith] Thurman’s a little bigger than Manny [Pacquiao] but can’t match his quickness. Manny makes every opponent look like they’re slow because he’s so fast,” Fortune said.

Fortune went on to say that they’re preparing the future Hall-of-Famer for Keith Thurman’s traps, a maneuver that involves luring opponents in through backing up only to meet them as they close the distance. With Manny Pacquiao expected to be the aggressor in this match, it’s understandable that Fortune is wary of this tactic.

This is especially true since the Filipino boxer has a proclivity to go in and out multiple times throughout the match. With that being said, Fortune also brought up Keith Thurman’s previous match where Josesito Lopez seriously hurt him on the seventh round. The conditioning coach said that if “One Time” was feeling Lopez’s punches, he’s going to be in for a long night once he feels Manny Pacquiao’s power.

Regarding the odds, Keith Thurman is slightly favored to win this match as he’s a minus-150 according to figures shown by MyBookie. Manny Pacquiao, on the other hand, is a plus-130 underdog. The fighting senator has already said that the odds don’t bother him and he relishes being seen as the lesser fighter as it inspires him to train harder.