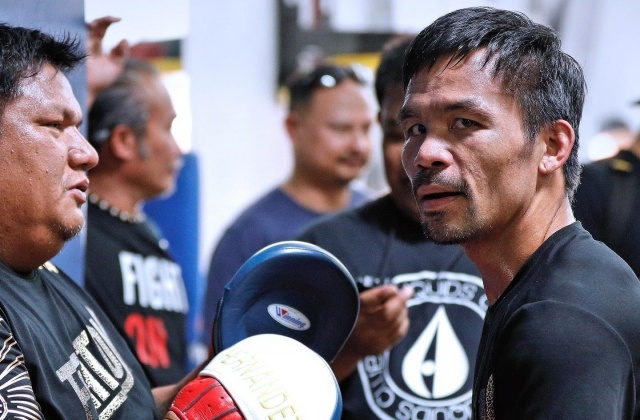 Manny Pacquiao’s name often shows up when fighters are asked who they would like to be their next opponent. One of these boxers is Errol Spence Jr. who is slated to go against Danny Garcia on Dec. 5.

This will be Spence’s major return and in this match, he will be WBC and IBF welterweight titles. Once he succeeded in this fight and get past the former two-division titlist, he has a chance to fight a bigger name in 2021 and it was reported that he is eyeing Manny Pacquiao.

Fighting Pacman before the southpaw’s retirement

The 30-year-old American boxer said that before Pacman hangs up his gloves, he would like to have the chance to face him in the ring. He also called the Filipino boxer a “living legend” so it will be an honor to fight him.

"After this fight (with Garcia), of course, I would like to fight Manny Pacquiao,” he told The Sun. “He's on his way out so I'd love to have that fight. He's a living legend, and I've never fought someone of that caliber.”

Spence added that Pacman is really big and now just any other boxing star but an icon and a mega-star. “That would be different and it would send me somewhere else popularity-wise," he said.

Errol Spence went on to say that having the record of being able to fight Manny Pacquiao would be great for him too. He further praised the Filipino champ as an “icon even outside the sport” who everyone knows.

Then again, it seems that the fight with Errol Spence Jr. may not happen at least not in 2021 as he was hoping for. This is because there is ongoing news that Manny Pacquiao is facing MMA champion Conor McGregor instead.

The news of this fight became even more realistic when Pacman signed a contract with Paradigm Sports that also manages the said MMA fighter. McGregor has been continuously voicing out his wish to fight Manny Pacquiao but this has to be finalized yet as per the sources who know the inside details.