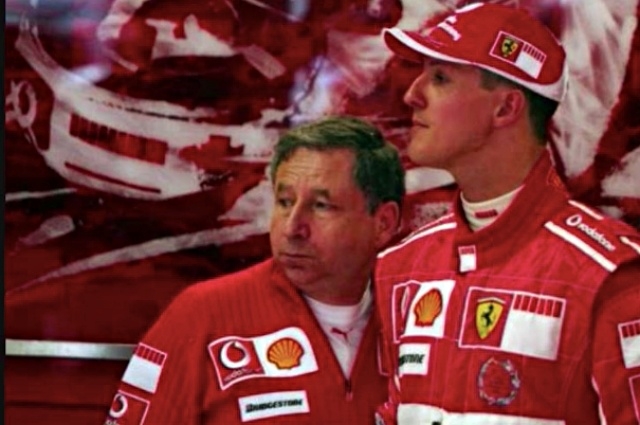 Michael Schumacher may not be physically present anymore but he is still one of the most talk-about sportsmen today. His health condition is still a mystery and this is one of the reasons why his name often headline papers and news outlets

It is a widely-known fact that Michael Schumacher’s family stopped sharing information about the F1 legend’s health since the time he was put in a medically-induced coma in 2014. Up to now, they remained mum about how he is doing these days but a model surprisingly revealed something about him on TV.

Italian model and TV personality who was also the former wife of Schumi’s Benetton boss Flavio Briatore talked about the racing champ on the Italian version of Endemol’s “Big Brother” show. In her appearance on the program as a candidate, she suddenly made comments on his health condition which totally surprised the viewers.

As per Australia’s Yahoo Sports, Gregoraci claimed that Michael Schumacher is not in good shape as she suggested that he can’t talk and can only communicate using his eyes. What’s more, she disclosed that contrary to what people believed, he is not in his home in Switzerland but was transferred to Spain’s Majorca Island where the Schumacher family owns a villa.

“Michael doesn’t speak, he communicates with his eyes,” the outlet quoted Gregoraci as saying on the TV show. “They moved to Spain and his wife has set up a hospital in that house. Only three people can visit him and I know who they are.”

The move to Majorca

With the model’s claims, it seems that there is truth in the rumors that the family airlifted Michael Schumacher to their sprawling villa in Majorca. This was first reported in 2018 but was vehemently denied.

Express reported that the Schumacher family’s spokesperson said that there is no plan to move to the said Spanish island. The denial was issued after the mayor of Majorca, Katia Rouarch, told a Swiss magazine L’Illustre that Schumi is set to be moved in their vicinity.

"I can officially confirm Michael Schumacher is going to move in to our municipality,” she said.”Everything is being prepared to welcome him.”

Finally, Gregoraci’s claim also appears to confirm another rumor that states Michael Schumacher is bedridden. This was also refuted by the F1 legend’s friends Jean Todt who said that he even watched a race via TV with Schumi.