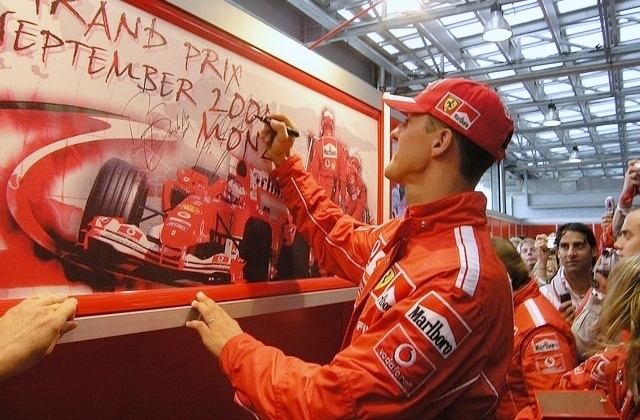 Michael Schumacher is still very much in the news despite the fact that he is inactive and never present in any events related to Formula One or car racing. He is missing in action for almost seven years and everyone knows why this happened.

Michael Schumacher was only able to enjoy his retirement for about a year because he figured in a terrible skiing accident in December 2013, just 14 months after he retired in October 2012. The accident left him with brain injuries and was in a coma for weeks to save his life.

Since the day he was put into a medically-induced coma, fans never heard anything again with regards to his recovery. Up to now, his family refused to share details of his health condition so there are many speculations as to how he is really doing these days.

Last year, it was reported that Michael Schumacher underwent a stem cell procedure. As usual, his family won’t comment or share any details but doctors and medical workers have allegedly confirmed the F1 legend visited a hospital for this treatment.

As per The Regenerative Clinic, the pioneering surgeons in the field of stem cell therapy were the same ones who conducted the treatment on Schumi at a hospital in Paris. He received the treatment at the Georges Pompidou Hospital and the main aim for this is to help restore his nervous system since he has been immobile after waking up from his coma in 2014.

Now, in a new update following the treatment, Dr. Menasche spoke with UK’s Express and revealed that the stem cell procedure was right for Michael Schumacher however, he clarified that unlike the beliefs of most people this therapy is not a “miracle treatment.”

"This is not a miracle treatment but there is a pretty sound rationale behind it, so it is worth ethically testing with stem-cells,” he told the outlet. "The cells used in the treatment are narrow, very robust and have anti-inflammatory properties.”

He added that this can save the damaged cells that are common in brain injuries and provide protection to the issues too. It is also unlikely that there will be long-term side effects which means it is safe.

But then again, even after this treatment, a Zurich-based neurologist who is familiar with Michael Schumacher’s case stated that the racing champ will not fully recover anymore. He said that because he has not been using the functions of his muscles and bones for a long time, these have lost their vitality.

"I think he’s in a vegetative state, which means he’s awake but not responding,” Grand Prix quoted Prof. Erich Riederer as saying. “He is breathing, his heart is beating, he can probably sit up and take baby steps with help but no more.”