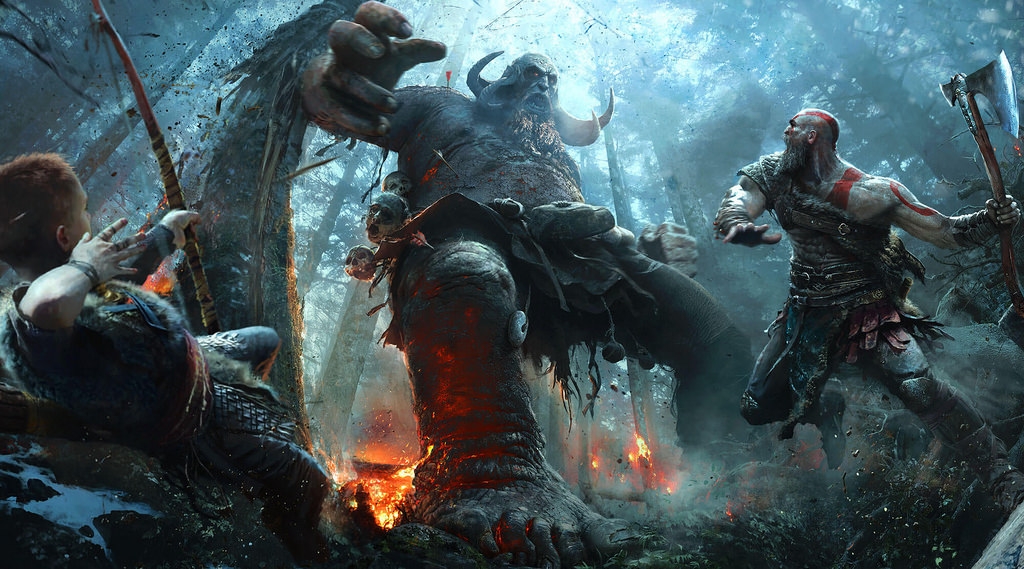 Whenever highly-anticipated games are about to be released, Sony launches limited edition consoles that feature certain elements of those games on the consoles, be it in the form of a unique color shade or iconic images. The upcoming release of the latest God of War game prompted the company to do this again, which resulted in a Limited Edition God of War PS4 Pro Bundle that looks very special.

As Forbes notes, 2018 is going to be an incredible year for Sony in terms of PS4 exclusives, and God of War is going to be the spark that lights that fire. The franchise reboot is going to feature God-killer Kratos again, but this time, he is going to be stomping around in the grounds of Norse mythology.

To celebrate the upcoming launch, fans of the series can get a limited edition bundle that will include the game and a PS4 Pro console that will come with a unique decal that depicts runes and artistic designs that are reminiscent of Nordic culture. The look also extends to the controller that will come with the bundle, which should make this epic game quite a bit more immersive.

For those with discerning eyes, the motif is quite obviously inspired by the axe that Kratos now wields, and which has been shown in the teasers and trailers of the game. Called the Leviathan Axe, Santa Monica Studio head, Shannon Studstill said in a press release that they wanted for this bundle to be special for the fans of the series.

“When we designed Kratos’ new Leviathan Axe, we knew it would have far more meaning not only to the game, but to our fans,” Studstill said. “Santa Monica Studio was extremely proud to adorn the custom PS4 Pro with the Leviathan Axe in such detailed fashion. We spent a painstaking amount of time to ensure this PS4 Pro was special, for the special fans who will cherish it.”

The bundle will cost $399 and will become available on April 20th.