Lee Min Ho promotes ‘The King: The Eternal Monarch’; Cast, plot and other details to know about the drama 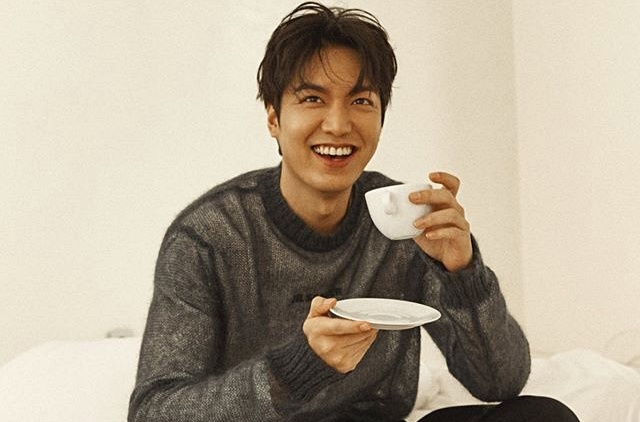 Fans are waiting for Lee Min Ho’s drama comeback, and it was previously reported that the 31-year-old actor chose SBS’ “The King: The Eternal Monarch” to be his first project after a two-year hiatus due to his military service. He was discharged in April last year, and a few weeks after his release, he was confirmed for the lead role of this drama written by multi-awarded writer Kim Eun Sook.

Filming for “The King: The Eternal Monarch” began in October 2019, and the first shooting was held on a set that was constructed in a village in Chungcheongbuk-do, North Chungcheong Province, South Korea, as per Soompi. Up to now, the shoot for the episodes is ongoing.

Now, as his comeback drama is coming up soon, Lee Min Ho tried to promote it already in his own cute way. On Feb. 16, the actor posted two photos on his Instagram, and it showed him taking a photo of the words “The King” that was written on the snow.

The other picture is a close-up of the writing, and clearly, he is telling his fans to anticipate his drama. This is the first time that Lee Min Ho posted something about “The King: The Eternal Monarch,” and fans like it that he is giving them some update about the drama. At any rate, the actor and Kim Eun Sook are working together for the second time, and like their first drama together, which is “The Heirs,” “The King” is expected to be a big hit as well.

Who are in the drama?

Lee Min Ho will be supported by a list of talented actors led by “Goblin” star Kim Go Eun who will be his leading lady. She will have two roles as Jung Tae Eul and Luna since the drama is set in two parallel worlds.

Woo Do Hwan as Jo Eun-Seob/Jo Young, Kim Kyung Nam as Kang Shin Jae, Lee Jung Jin, and Jung Eun Chae as Koo Seo Ryeong are playing major roles too. “The King: The Eternal Monarch” will be helmed by “The Descendants of the Sun” director Baek Sang Hoon.

Finally, Lee Min Ho’s “The King: The Eternal Monarch” is a fantasy drama that will tell the story of Emperor Lee Gon and modern-day police officer, Jung Tae Eul. They live in different eras but met each other through an incident that must be solved at once to save the two worlds that they live in, which is the past and present.