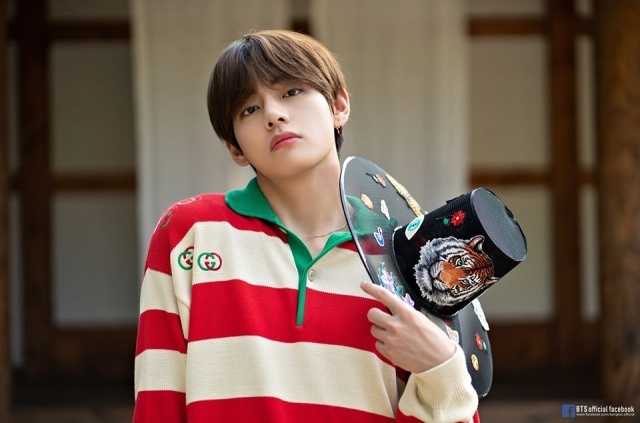 BTS V is on a roll. The idol singer is not just visible on stage and international TV broadcasts, but his face is also plastered in company products lately.

In the Samsung Galaxy S20 launch on Feb. 11 in San Francisco, the Korean tech company did not feature the most popular boy band in the world today, BTS. However, it revealed just one member, BTS V, who appeared as the image model on the screen of its newest flagship smartphone.

Kpop fans were certainly thrilled when Kim Taehyung’s face appeared on the big screen as they introduced the flip phone Galaxy S20 to the American consumers. Allkpop reported that the BTS member’s face was on the screen of the phone unit that was unveiled during the Samsung annual Unpacked event. V’s side profile was featured, and fans are going crazy with that shot.

BTS V’s image was shown halfway through the introduction of the said mobile phone. Apparently, even if the singer is not really present at the event, fans still find it so cool to see him there, and it is not even a concert or a performance but a product launch.

V congratulates “Parasite” for winning at the Oscar’s

The Korean movie “Parasite” was recognized at the recent Oscar’s Awards, and it became the very first non-English language to get the Best Picture trophy. They won four other awards, and it was a big win for the whole cast and crew

"Director Bong Joon Ho I really really really - for real, really congratulate you," the 24-year-old singer tweeted on Feb. 10. He added the hashtag #우식씨눈물훔치는거잘봤어요 which means “Woo Shik I say you wipe your tears.”

Finally, this is not the first time that BTS V congratulated Choi Woo Shik. The two are known to be close friends, and in January, when “Parasite” also won awards at the Screen Actors Guild Awards, he did not forget to send a message of congratulations to his friend. At that time of the SAG, BTS V was also in Los Angeles, so he and Choi celebrated the win together by walking around the city and eating some snacks.