Lee Min Ho: Actor keeps reviewing his scenes in ‘The King: The Eternal Monarch’ as he wants to achieve perfection 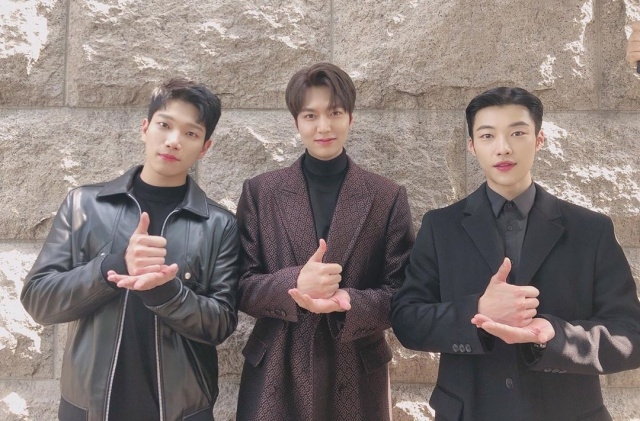 Lee Min Ho and the rest of the cast members recently wrapped up filming for “The King: Eternal Monarch.” The drama is set to end after 16 episodes that were shot in the span of six months in South Korea.

Now, before the drama officially concludes, the actor shared some of his personal behind-the-scene photos, and everyone can see how hardworking he has been on the set of this comeback drama.

In the first picture that was apparently taken by one of the staff, fans can see Lee Min Ho on the bed, and he was reviewing the scenes he just shot for a scene. He was watching using a handheld device. The photo was taken while filming episode 10 since this was already released.

Another photo showed the actor on the roadside, and still, he could be seen monitoring his scenes on the gadget. Surely, Lee Min Ho is a perfectionist who wants his scenes to come out great for his fans. This hardworking attitude is actually what made him successful, and fans love the fact that he is dedicated to his craft.

Celebrating his 14th year anniversary on the entertainment business

Lee Min Ho recently celebrated his 14th anniversary in showbusiness. With more than a decade as an actor, he certainly achieved what other actors would wish for. Throughout his career, he appeared in many hit dramas and movies, which cemented his status as one of the A-list actors in South Korea.

Since this is all thanks to his fans called the MINOZ, the 32-year-old penned a short poem for them. They have been part of his long-running career, and it is just right to thank them even if only through his sincere words of gratitude.

On May 10, Lee Min Ho showed his appreciation for his fans by composing a poem that he posted on his Instagram. "Thank you to all the fans who congratulated me on my 14th debut anniversary,” he wrote on Instagram. “I really appreciate that you have supported me in every step of my career. I am also cheering you on in your own lives. Stay happy."