In recent times, social media has become immensely important around the world. It is undoubtedly an integral part of modern society. People far and wide use social media to chat with friends, find new friends, buy products, and check the news. Although these platforms are helpful, they can lead to major issues as well. There is always a risk that the user is reading misinformation. Unfortunately, that could come back to haunt them. With the COVID-19 pandemic in full swing, misinformation found on social media can be deadly. 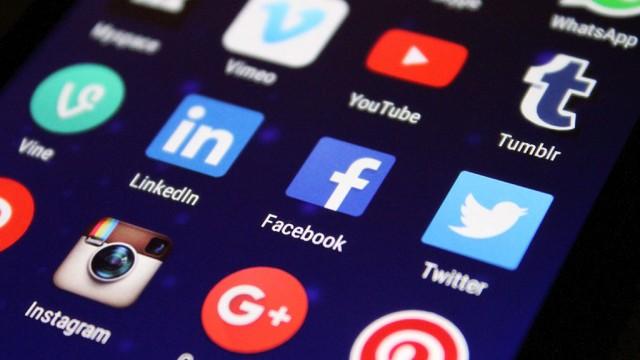 More about the latest social media news will be found below.

In the United States, racism and bigotry have become hot-button topics. Many argue they’re two of the biggest problems impacting the western world. As a result, some individuals have decided to take a stand against racism. In Texas, the Austin ISD has decided to screen the social media accounts of its employees. When doing so, the school district will check for illegal activity, violent activity, threatening posts, racism, discriminatory behavior, and bigotry. District leaders argue that the new policy will help ensure employees are creating good examples for their students.

The measure was established by the Board of Trustees in February 2020. The district will be Social Intelligence’s software to check its employees based on their names, email addresses, phone numbers, and physical addresses. When doing so, school officials will find information dating back seven years. Furthermore, the company will identify troubling information posted by the employees, their friends, and their family members. If they’ve been tagged in the post, the software will find them.

Anyone found violating the new social media policy will be contacted by their respective supervisor. Then, they could be terminated.

The United States Commerce Department has confirmed it will eliminate the unit that was responsible for spying on the social media activities of Americans. On Friday, the agency said it would eliminate the internal security division. It claimed the decision was caused by an investigation that proved the unit overstepped its authority numerous times. Members of the Investigations and Threat Management Services division argued the unit did not have adequate legal authorities to be involved in criminal investigations. It recommended shutting down the unit within 90 days.

As a result, the Commerce Department has agreed to do just that. The internal review found that the unit was poorly managed. It had not found any evidence that ethnic, racial, or national origin bias had been motivating factors in any of the cases. Americans can sleep easier knowing their social media accounts will no longer be monitored by this agency. They can begin using the best SMM panel to reach more people once again.

Utah School Board Member Criticized Due To Social Media Posts

In Utah, the State Board of Education has formally reprimanded one of its most controversial board members. Earlier today, the Board reprimanded Natalie Cline due to the social media posts she made regarding LGBTQ children. The Board accused her of engendering controversy, anger, and frustration toward the Board, schools, and educations since she became a Board member eight months earlier. It went on to say she had done the same to certain student populations due to her social media posts.

After Cline posted about the Layton Latter-day Saints, some believed she was calling for violence. As a result, the David School District brought in extra security to protect its students. Cline has not responded to the announcement.

There is no doubt, COVID-19 is one of the most trending topics on the World Wide Web. While tens of thousands of small businesses have previously launched a reopening, others are wondering what will be next. The unfortunate job report does not give much hope to the impacted workers, economists, and businesses. It does not help when there is so much misinformation online, regarding the coronavirus pandemic.

Whether you are interested in information about the COVID vaccine or new cases, the available online information is confusing no doubt. When you find yourself in mind of reliable coronavirus information where do you turn? This is a really good question, with a simple answer. There are only a few reliable COVID sources. The official website of the US Center for Disease Control (CDC) is just one example. Medline Plus, Mayo Clinic, PubMed Central, and the National Institute of Health are all reliable COVID health sources.

Unfortunately, this effort by Facebook is not enough to stop misinformation from plaguing the virtual world.