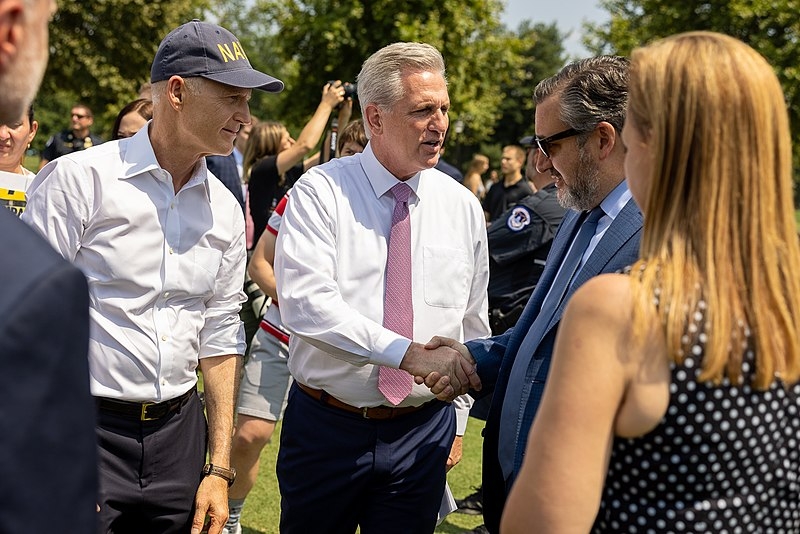 House Minority Leader Kevin McCarthy has been at odds with Democratic House Speaker Nancy Pelosi in recent weeks for several reasons. McCarthy was now once again on the receiving end of backlash from many users on social media following a joke he made about assaulting Pelosi.

Over the weekend, McCarthy came under fire when reports surfaced that the House Minority Leader joked to a group of his Republican colleagues about hitting Pelosi with the gavel. Washington Post’s Michael Scherer, McCarthy was gifted with a gavel that had “Fire Pelosi” embossed during a GOP fundraiser event in Tennessee. McCarthy then told the crowd that he looks forward to the day when Pelosi hands him the speaker’s gavel.

“It will be hard not to hit her with it, but I will bang it down,” said McCarthy.

McCarthy’s comments also come as he, along with other House Republicans loyal to disgraced former President Donald Trump, have been trying to paint Pelosi as the person responsible for the insurrection last January 6. The pro-Trump mob was targeting Pelosi along with then-vice president Mike Pence. The insurrectionists claimed that they were going to put her on trial and hang her should they have found her at the time.

The House Minority Leader has since been criticized for a “disgusting” attempt to joke about assaulting Pelosi.

“Yes, Kevin, joking about assault with a deadly weapon is HILARIOUS. Manly resonant bonus laughs for it being an itty bitty elderly woman,” said one commenter.

“He has no business continuing in public office if he uttered these words & must provide a serious, no excuses apology to the American people, to his party, his voters & to his family. This is so debased, there are no words,” said another in a two-tweet thread.

“Hey, can we not pass off violence as jokes? They came to literally kill her 6 months ago,” said another commenter.

McCarthy, along with other Republicans, has already been raging against Pelosi following the formation of the House Select Committee that would be probing the insurrection. McCarthy especially tried to criticize Pelosi for making the committee political and partisan when she vetoed two of his nominations. McCarthy also did not acknowledge that the committee actually is bipartisan, with two GOP lawmakers included in the panel.

Rep. Adam Kinzinger, one of the Republicans on the panel, recently said he would support serving McCarthy with a subpoena to come forward and testify before the panel regarding what he knows about the insurrection. Speaking on ABC News, Kinzinger said that anyone who has spoken to Trump hours after the Jan. 6 riots should expect to be called before the panel. This would not rule out subpoenas to McCarthy as well as Jim Jordan.