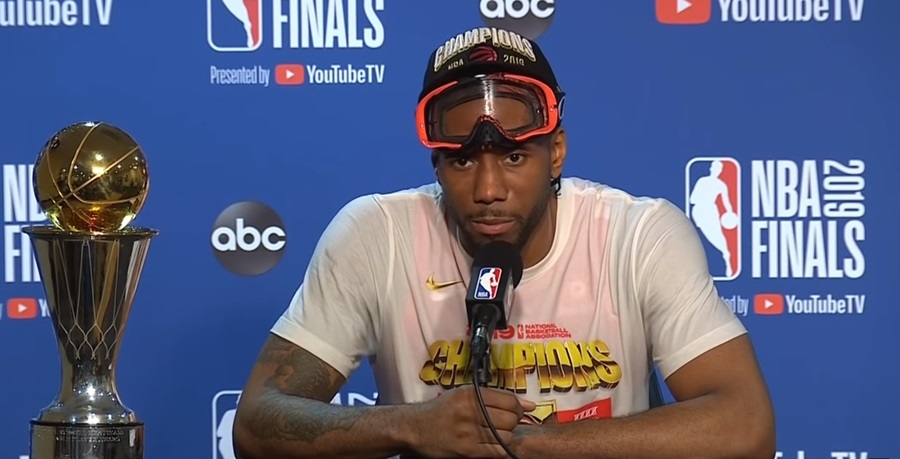 Kawhi Leonard has always been considered a reticent guy. With all the buzz surrounding him due to the talents that he has, he maintains an air of silence that is rare in the NBA.

However, due to the events that unfolded in recent weeks, it appears that for a quiet guy, Kawhi Leonard has been talking to a lot of people. And not just anyone, too.

Recent reports would have it that Kawhi Leonard tried recruiting Kyrie Irving to the Clippers even before all the heat of the free agency reached its zenith. Kevin Durant has also been reported as having discussed a possible team up with The Claw.

Why Kawhi Leonard’s decision was great for the league

In the end, Paul George was the one he ultimately snatched, putting the Western Conference to competitive heights that are brimming with blockbuster talents. The Clippers have George and Kawhi Leonard. The Lakers have LeBron James and Anthony Davis.

The Warriors got the Splash Brothers in Stephen Curry and Klay Thompson. The Nets have Kyrie Irving and Kevin Durant. And the Rockets now have James Harden and Russell Westbrook. Those five teams alone can go toe to toe with whatever top teams the Eastern Conference can offer. This is why Kawhi Leonard joining the Clippers is such a great move for the league as it leaves open a lot of possibilities which team is going to win the championship next.

While the Lakers are touted by many as the running favorite for the race, the Clippers’ roster isn’t to sneeze at either. Kawhi Leonard with Paul George is already a solid combination. But the supporting cast is equally deadly, especially with Lou Williams providing firepower on the sidelines.

Kawhi Leonard going to Clippers wasn’t surprising given that Adrian Wojnarowski has been predicting the move even before the 2018-2019 Playoffs took place. What’s surprising is the Thunder trading George on such short notice. Merely three days, to be precise.

Meanwhile, Danny Green recently provided his own take why Kawhi Leonard didn’t join the Lakers and admitted that he had no idea what his former teammate was planning. Put simply, Leonard didn’t want to wear purple and gold due to him wanting to carve his own path. An understandable sentiment, given what he accomplished with the Toronto Raptors; a feat that he means to repeat with the Clippers.