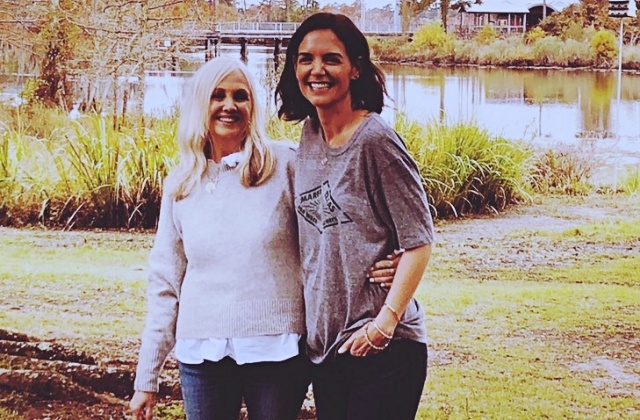 Katie Holmes and Jamie Foxx broke up last year and around that time it was reported that the “Dawson’s Creek” star wants revenge. It was a typical move and she’s getting back by improving herself and looking more beautiful.

In a story that appeared on NW magazine, it was alleged that Katie Holmes shelled out more than $75,000 to fix her physical appearance by getting plastic surgery. Based on the report, Suri Cruise’s mom requested multiple procedures to prepare for the New York Fashion Week.

The actress was said to be aiming for an “X-rated” makeover to get rid of her “yummy mummy” look. When she appeared at the said fashion event, Katie Holmes was allegedly the main topic of conversations.

“It was the talk of the Fashion Week that she’s obviously gone hell for leather on the cosmetic procedures after splitting from Jamie Foxx,” the insider told the tabloid. “Katie was overheard telling someone she’s keen for a boob job too and wants to dial the sex appeal way up.”

It was claimed that a plastic surgeon can see Katie Holmes got Botox, lip fillers and facelift. Other doctors further alleged that she could have also availed rhinoplasty and implants to define her nose more. At any rate, the magazine wrote that another reason for her makeover is to secure “hot and heavy” roles in movies.

When the actress broke up with Jamie Foxx last year, all sorts of rumors about them have cropped up and made headlines. Some of the reports alleged that Katie Holmes did not take the separation from the “Django Unchained” actor well.

One of the stories alleged that she stopped eating and her daughter Suri Cruise is anxious about her health. Other tabloids reported she was so heartbroken that she still feels jealous when news of Jamie Foxx seeing women come up. All of these have been refuted and there’s no proof to support the rumors as well.

Now, in case of this plastic surgery rumor, Gossip Cop once again steps in to check if it is true. Apparently, the truth is - this story about Katie Holmes is impossible because, as everyone can see she still looks the same and nothing has changed in her features as alleged. The actress is not so heartbroken and she doesn’t have any intention for revenge because she is so over Jamie Foxx.