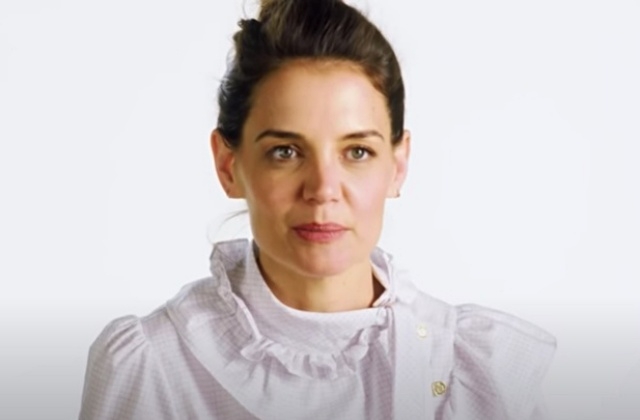 Katie Holmes is said to be one of Leah Remini’s first batch of guests in her newly-launched podcast. It was reported that the former Scientology member and activist want Suri Cruise’s mom to be in her show to talk about Tom Cruise and his controversial church.

In the article published by In Touch titled “Leah thrashes Tom!” it was claimed that Leah Remini is starting another round of a fight against the “Mission Impossible” actor. This is the idea since the magazine wrote that it’s Leah vs. Tom - round 100.

It was suggested that through the podcast that the 50-year-old actress has launched, she will do another explosive follow-up on her docuseries where she has been exposing the actor and Scientology. In fact, her podcast has been titled “Scientology: Fair Game.”

Leah to interview Katie for a tell-all against Scientology?

Now, to go deeper and further with her details, In Touch reported that Leah Remini is planning to invite Katie Holmes. She wants to interview the “Dawson’s Creek” actress and talk about her experiences while still attending the church with her former husband Tom Cruise.

Remini was allegedly inspired to do the interview with Katie Holmes after learning that Thandie Newton revealed she was scared to work with Tom Cruise in the “Mission Impossible 2” film that was released in 2000.

“Leah knows Tom isn’t a nice guy, and now she’s encouraging others in Hollywood to come forward and tell their stories about him,” a so-called source supposedly told In Touch. “She knows it’s a long shot but she is still trying to get Katie Holmes to talk about her experience in the church!”

The truth - debunking the unproven report

Gossip Cop stated that from the beginning, it is suspicious about the story. This is because Katie Holmes has remained quiet about her divorce from Tom Cruise and her experiences with the Scientology church. Even after years since she left her ex-husband, she has not talked about this part of her personal life so the story is unbelievable.

Gossip Cop pointed out that Katie Holmes is still the same up to this day. She never even mention Tom or the controversial church anymore and this has not changed. Finally, the publication reached out to the actress’ rep and confirmed that there is no truth in the reports that Katie is being invited by Leah Remini for her podcast.