George Clooney: The truth about his alleged planning for his own star-studded funeral amounting to $1 Million 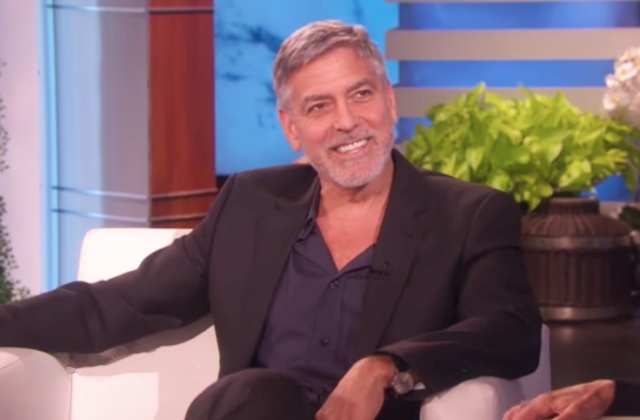 George Clooney is said to be planning something for his future. However, this is not a happy occasion because he is preparing for his own funeral!

The actor’s plans when he dies

In an article that was published in the Globe titled “ Classy Clooney’s $1M Funeral Plan.” It was alleged that George Clooney wants a Hollywood style send-off to another world.

The “Ocean’s Eleven” actor was said to have started making plans for his funeral during the lockdown. Since he has nothing much to do in this time when the world is battling the coronavirus pandemic, Clooney is said to be taking advantage of this time to prepare and plan how she will be laid to rest in the future.

Based on the report, George Clooney does not want his wife Amal Alamuddin and their kids Ella and Alexander to be burdened when he passed, so he is planning ahead. He does not want his family to go through so much hassle and spare them from expenses so he decided to plan everything by himself.

“There’s a definite sense of mortality as he nears 60, plus he has some major medical issues in his life that he’d be foolish to ignore,” the so-called source told the Globe. “So he is planning to shell out $1 million in his estimated $500 million fortune.”

As per the tipster, George Clooney wants to be send-off by being blessed at a huge cathedral like the Westminster Abbey or St. Patrick’s in New York. He wants all the A-list stars in Hollywood to be in the guest list and this includes Brad Pitt and his other co-stars. “He’s even planning finer details like what suit he’ll be wearing and the cuff links,” the source added.

Gossip Cop checked out the details of this report and determined that this is a false report. It pointed out that while there could be truth in the claim that George Clooney may have arranged for his funeral in advance, he may have done the same for his family members, but this is just like the insurance that most people have.

Finally, Gossip Cop stated that Globe is not a reliable source since it published many articles about George Clooney and Amal that were proven to be made-up. Thus, it can’t be trusted with this article as well.