Ellen DeGeneres: Host’s friends in Hollywood reportedly walking away from her after the ‘mean’ scandals 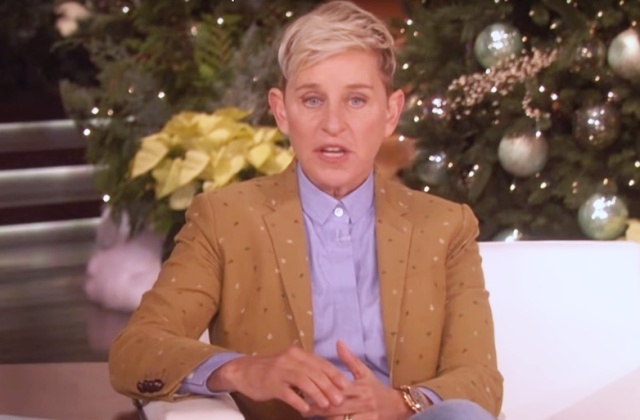 Ellen DeGeneres has been on the headlines in the recent weeks after people she supposedly worked with accused her of being “mean.” They described her vile and toxic in the workplace which is very far from how she acts when in front of the camera.

In other words, Ellen DeGeneres is said to have a bad attitude and this can only be witnessed when she is not being watched by millions of people. She allegedly insults, makes life difficult for her staff and a real pain the neck boss who acts high and mighty.

Now, with the testimonies of her supposed “victims,” a new report stated that Ellen DeGeneres’ friends in Hollywood are disappearing one by one. It was suggested that they are leaving her side because of her alleged bad attitude towards the people around her in the workplace.

As per a report that appeared on In Touch, “The Ellen Show” host and comedian was “left in the cold” by her pals in Hollywood. These reactions were said to be something that the 62-year-old TV personality did not expect.

“Ellen isn’t getting the support from Hollywood that she expected,” an unnamed source told the magazine. “The silence is deafening. How is she supposed to face her famous guests, especially the ones who didn’t defend her, on her show from now on?”

While there may be people who changed their opinion about Ellen DeGeneres, it is not true that her friends in Hollywood had dropped her like a hot potato after she was accused of being toxic.

In fact, Jay Leno, Ashton Kutcher, Kevin Hart and Katy Perry defended her and released statements that show their support to the embattled host.

On Aug. 5, Jay Leno publicly stated his support to Ellen DeGeneres through social media. He also said for him, all are just hearsays.

“I don’t discard a 40-year friendship on hearsay,” Leon wrote on Twitter. “The Ellen I know has raised over $125 million dollars for charity and has always been a kind and decent person and I fully support her.”

Finally, Gossip Cop also reiterated that it has already debunked a number of reports from In Touch thus they already proved that the magazine is not a reliable source. Besides, the publication pointed out that the allegations involving Ellen DeGeneres are still being investigated so technically, she is not really guilty yet.