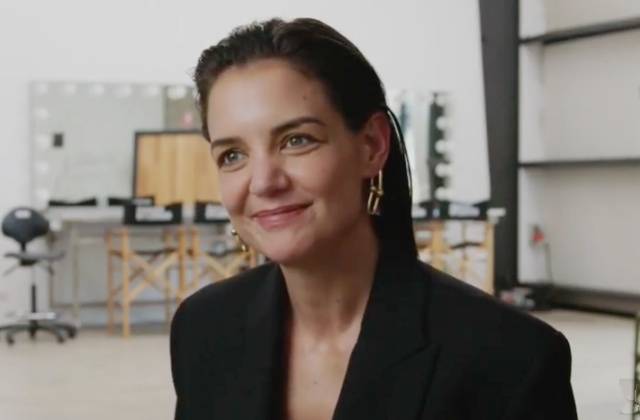 Katie Holmes and Justin Theroux made it to the headlines last year after they were reported to be seeing each other. The pair were said to have been spotted dining together in New York and they have always been in low-key dates in not-so-crowded restaurants.

After weeks of speculations, a report about Katie Holmes and Justin Theroux becoming serious with their relationship have started to emerge. But then again, months have passed already and the “Dawson’s Creek” actress was even dating someone new and, it is not Jennifer Aniston’s ex-husband. So, what happened to their alleged “serious relationship?”

Woman’s Day claimed that Suri Cruise’s mom and Justin Theroux have gone out on dates multiple times. Based on the story, the two started dating after meeting a month before. The magazine wrote that since they are both residing in New York, there are times when the actor even spends the night in Katie’s apartment.

Usually, they would enjoy a cozy dinner in her home, and then Justin will stay until the next day. As proof, WD stated that a friend of the 41-year-old actress swore that he heard Jennifer Aniston’s ex-husband’s voice when she called Katie in the “morning after.”

The couple was said to have realized that they are each other’s “the One” however, they want to slow down a bit for the sake of Suri. They are so compatible that they even both love indie movies which was one of the clues that made them see they are meant for each other.

Suri is said to have approved of Justin. The 14-year-old even convinced Katie Holmes to “go for it” if she really loves him. Besides, she already met her mom’s new man and she has come to accept him.

The truth about Justin and Katie

Did Katie Holmes and Justin Theroux really got serious last year? Gossip Cop did not hesitate to dismiss this report because, in the first place, the pair never dated. There is also no single proof that they met or dined together in New York.

In truth, Katie Holmes and Justin only see each other during events in Hollywood. And even if they are both residents of New York, they are not close and don’t really know each other on a personal level; thus, their dating news is totally false.