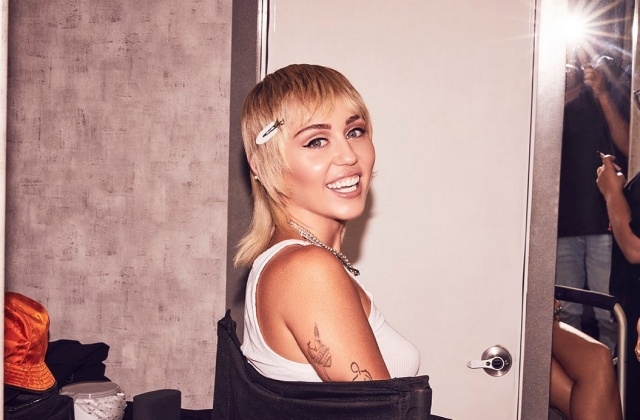 Miley Cyrus wants a new love and it seems she has found someone already. The former Disney star was said to be in love again and eyeing Kristen Stewart, the person she actually likes for years now.

Australia’s NW magazine published an article titled “Miley’s Lusting After K-Stew!” and it was claimed that Miley knows what she wants and right now, she wants Kristen Stewart. She is allegedly going wild and doing things to get Robert Pattinson’s ex-girlfriend.

A source said that Miley has no plans of stopping or slowing down with things she does until she succeeds in enticing K-Stew.

"Miley's biggest life crush,” a so-called source supposedly told NW in an exclusive interview. “She's been trying to date her since before her foam finger days, but it was never the right time.”

The tipster further claimed that shortly after Miley Cyrus and Liam Hemsworth broke their marriage, the singer attempted to hook up with Kristen. However, the “Twilight” star was already taken at that time so she was forced to set her eyes on someone else and that was how she ended up with Kaitlynn Carter and later, with Cody Simpson.

“Miley left Liam because she's never been able to get Kristen out of her head,” the insider further alleged. “She saw her at the Oscars dinner and it reignited feelings and it pretty much forced the end of her marriage a few months later."

Miley Cyrus was so in love with Kristen Stewart that when the revealed via the “The Howard Stern Show” that she wants to marry her screenwriter girlfriend Dylan Meyer, the singer was said to be devastated. The source went on to say that she was still in a relationship with Cody at that time and he was not aware that his GF was “grieving.”

The truth about Miley’s “crush” on Kristen

Is Miley Cyrus really so in love with Kristen Stewart that it even broke her marriage to Liam Hemsworth? Gossip Cop investigated this claim and debunked it for lack of evidence. The publication also stated that the “Midnight Sky” singer did not date Cody Simpson because she can’t have the “Twilight” actress.

GC reiterated that the report from NW is purely fiction since there is no truth in it. Miley Cyrus and Liam Hemsworth also divorce for irreconcilable differences and not because of Robert Pattinson’s ex.