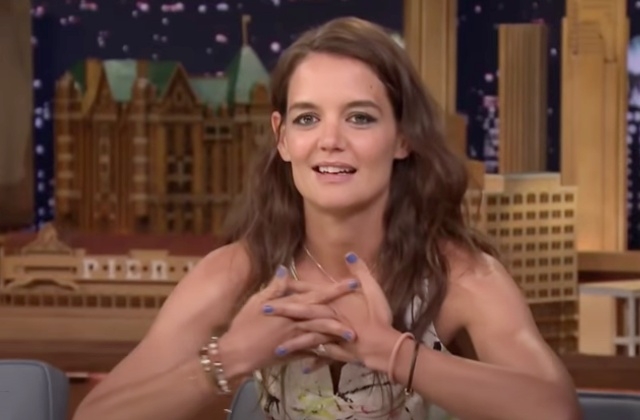 Katie Holmes never hid her relationship with Emilio Vitolo Jr. This is why the public already knows about their dating status not long after they started going out as a couple. It has been months since they went public and today, it was said that the actress wants a baby with her new beau.

Based on the report that was published on Woman’s Day, the 41-year-old actress and her boyfriend were seen at a store, purchasing paints. It was alleged that the couple has been telling their friends they are preparing for their first child together and second for Katie Holmes.

“They were spotted out buying paint together last week,” the tipster shared to WD. “They are telling friends they’re preparing for her dream second child. They are also talking baby names, nursery design, colors, fabrics, strollers.”

The source stated that with Katie Holmes and Emilio Vitolo’s activities, it is obvious what they are up to. However, the “Dawson’s Creek” star declined to confirm if she is already pregnant.

The magazine also provided evidence to prove its claim and published a photo of Katie Holmes and Emilio Vitolo Jr. supposedly buying paints. The paper then captioned the snap with “Katie shops for the nursery.”

Gossip Cop easily dismissed this write-up from Woman’s Day even it provided a photo as proof. This is because - while it may be true that Katie Holmes and her chef boyfriend did shop for paint, there is no way to say that it will be used for a nursery room.

The publication also pointed out that in the picture, Vitolo was only shown carrying bags and apparently, it was Woman’s Day that stated that what he bought were paints. In reality, what the couple purchased are more likely materials for Katie Holmes and Suri Cruise’s hobby.

The mother and daughter are fond of doing crafts at home and in fact, Katie Holmes posted one of their tie-dye project on her Instagram. The materials are not for a nursery but supplies for whatever crafts they are doing.

Finally, the actress never once said she wants a child with her boyfriend right now and the so-called source who supposedly provided this info is questionable. How did she or he obtain such intimate detail that not even Katie’s family know? The “source” did not obtain this everything she said was false.