Kanye West collecting humiliating Kardashian family secret to get back at them in case Kim Kardashian abandons him: Rumor 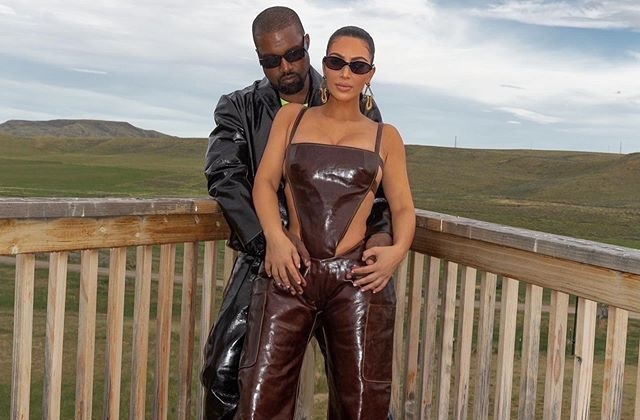 Kanye West has been showing weird and erratic behaviors in the past few months. He has done many odd things including declaring that he would run for president this year. He is apparently going through something and his wife Kim Kardashian explained that her husband is being like this due to bipolar disorder.

There are many news about Kanye West and aside from his bid for the US presidency, recent reports stated that the rapper and record producer is collecting humiliating details and tapes of the Kardashian family. It was said that he is planning to use them to retaliate in case Kim Kardashian abandons him through a divorce.

The threat to reveal the dirty secrets of the Kardashians

In an article that appeared in the National Enquirer, it was claimed that Kanye West has been taking notes about the “KUWTK” family and he is aiming to use them against his wife and her entire clan. He allegedly preparing this diary because he is getting the feeling that Kim is leaving him soon.

“Kanye’s convinced Kim’s about to kick him to the curb and is putting together collateral to crush her and her family if the couple spirals into a $2.2 billion divorce!” the insider revealed to the magazine. “He’s been collecting humiliating details not only about Kim but her sisters and her mother Kris Jenner too.”

It was further shared by the tipster that Kanye West’s staff are have been secretly recording conversations and taking notes. He will fight the family if they cast him aside at some point and when this happens, even the Kardashian family’s darkest secrets will allegedly be revealed to the world.

The truth about Kanye’s threat against the Kardashians

Gossip Cop debunked this report because, in the first place, the divorce between Kanye West and Kim Kardashian is not happening. Although this can still change, Kim has no plans of doing this but rather, she wants to help her husband get better and return to his old self.

She also opened up about her and Kanye’s situation and Kim always say that she will support her husband. With that said, GC stated that there is no truth in the rumor that Kanye West is preparing to retaliate in case of divorce. Besides, the National Enquirer is not a reliable source to get news about celebrities.