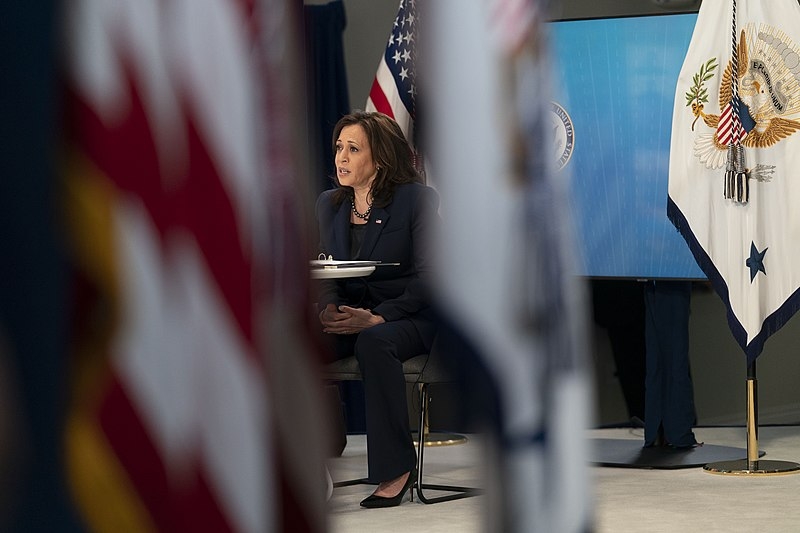 Vice President Kamala Harris is tasked to lead the Biden administration’s response to the migration crisis that they now face with the influx of migrants looking to cross. Harris is set to meet with Mexican President Andres Miguel Lopez Obrador in May to discuss the issue.

Harris will be meeting with the Mexican leader virtually on May 7. The pair’s meeting will center on the root causes of migration as the Biden administration tackles an influx of migrants at the southern border. Harris last spoke with Lopez Obrador on April 7, where they agreed on addressing the root causes of migration, especially from the Northern Triangle of countries - Guatemala, El Salvador, and Honduras.

“This meeting will deepen the partnership between our countries to achieve the common goals of prosperity, good governance, and addressing the root causes of migration,” said Harris’s chief spokesperson Symone Sanders in a statement.

Aside from Harris and Lopez Obrador, Secretary of Foreign Relations Marcelo Ebrard Casaubon and Secretary of Economy Tatiana Clouthier will also be present at the meeting.

The number of child migrants that are seeking to cross the border doubled in number from February to March. March saw the highest number of migrants looking to enter the US, with Border Patrol officials having to make the highest number of apprehensions since the early 2000s. Harris has yet to personally visit the border despite calls from Republicans to do so, but the Biden administration has sent delegates to personally visit.

In other news, Harris is set to speak with leaders in the United Nations Monday to urge them to prepare for their response to a future pandemic. In what would be Harris’s second address to the UN, what Harris is set to say in her remarks comes as the US has made dramatic progress in the number of COVID-19 vaccines administered to the country.

Harris’s speech will be co-hosted by the UN’s permanent representatives of South Africa, Argentina, Japan, and Norway. Harris will be expected to outline how the Biden administration thinks what the US and other nations should focus on. This would include the improvement of access to health systems, investing in science and healthcare workers, the well-being of women, and the capacity for personal protective equipment, vaccine, and test manufacturing.