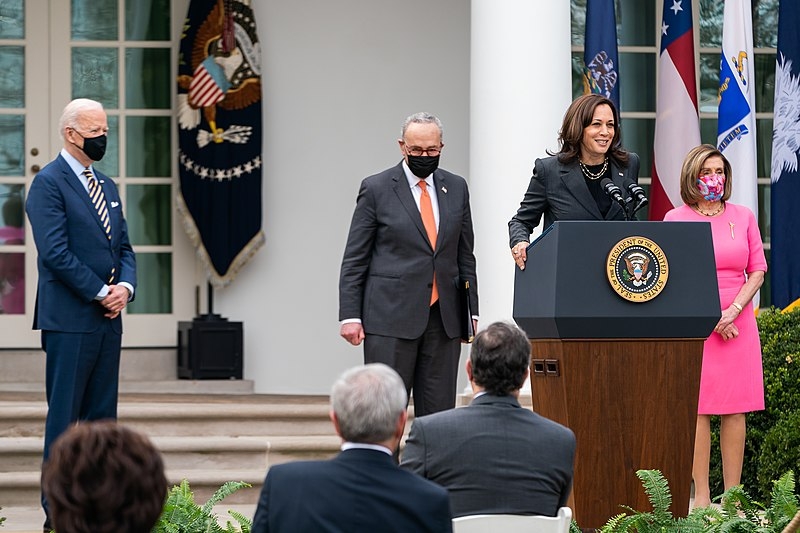 The task of stemming the migration crisis that the Biden administration is facing falls on vice president Kamala Harris. In an effort to address the causes of migration, Harris is planning to visit Mexico and Guatemala.

Harris announced Wednesday that she is planning to travel to Mexico and Guatemala as part of her efforts to address migration. Harris’s comments come ahead of her upcoming meeting with the experts of the Northern Triangle of countries - El Salvador, Honduras, and Guatemala. This would be Harris’s first foreign visit as vice president, however, she has said it does not include stopping by the southern border.

“Our focus is to deal with the root causes, and I am looking forward to traveling, hopefully as my first trip, to the Northern Triangle, stopping in Mexico then going to Guatemala,” said the vice president. “We have plans in the works to go to Guatemala as soon as possible.”

Harris was appointed by Joe Biden back in March to lead the administration’s efforts in the Northern Triangle of countries. Harris is already facing criticism from Republicans for having yet to personally visit the border that has experienced a record number of migrants seeking to cross or seeking asylum. The White House has also been pressed to clarify her role as the administration’s “border czar” and has stated repeatedly that her assignment does not include directly addressing the southern border.

Harris added that DHS Secretary Alejandro Mayorkas is in charge of addressing the border crisis at Biden’s appointment.

In other news, Harris joins the many Americans that have expressed outrage after a 20-year-old Black man, Daunte Wright, was fatally shot by a police officer in Minneapolis Sunday. The vice president addressed Wright’s family during her opening remarks at a Black maternal mortality event at the White House. Harris extended her condolences to Wright’s family and went on to say that law enforcement must also be held accountable.

Shortly after Wright’s death, many have protested in the area. The latest shooting comes as police officer Derek Chauvin is currently being tried for the murder of George Floyd, another unarmed Black man, who was killed last May 2020.