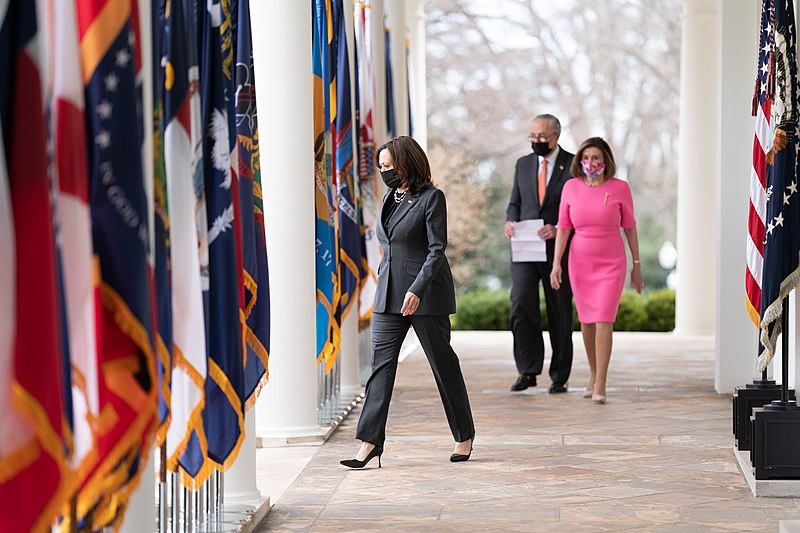 The situation at the southern border is one of the challenges the Biden-Harris administration is currently facing with Republicans ready to criticize the Democratic leaders for the response to the influx of migrants at the border.

House Republican leader Kevin McCarthy is the latest to criticize the vice president and “border czar” Kamala Harris, demanding that she address the recent incident at the Rio Grande.

Speaking on Fox News, McCarthy said he requested a classified briefing on the incident at the Rio Grande, where two Yemeni nationals that were on the terror watchlist, crossed to the US from Mexico. McCarthy said Harris should attend the briefings while adding that she has yet to personally visit the border. McCarthy’s comments also come amidst more images of migrants looking to cross to the US from Honduras, El Salvador, and Guatemala, crossing to shelters in Texas.

“I know she hasn’t been to the border,” said the House Minority Leader. “I don’t know if she’s ever been briefed on this, but I think it’d be important that all leaders, because this isn’t about Republican or Democrat, this is about the security of our nation, and everybody should be making sure our nation is secure.”

The influx of migrants at the border, a large portion of which are unaccompanied children. Crossings have been at their highest in 15 years, and in March, over 172,000 migrants were taken into custody, marking a 71 percent rise from February. 15 days since getting appointed to handle the border crisis, Harris has yet to personally visit the border despite increasing calls to do so by Republicans.

The Biden administration had previously advised against potential migrants not to cross to the US at this time despite already experiencing dire straits. The administration has already gone to the extent that radio messages are being pushed warning against crossing the border.

According to Guatemalan regional mayor Winter Coc Ba, people in his area have heard the ads and have so far heeded the warnings.

Speaking to CBS News, when Coc Ba was asked what he wants to say to Harris, he said he hopes she could come and visit the region and that the Biden administration could offer Guatemalans in need with temporary protected status visas.