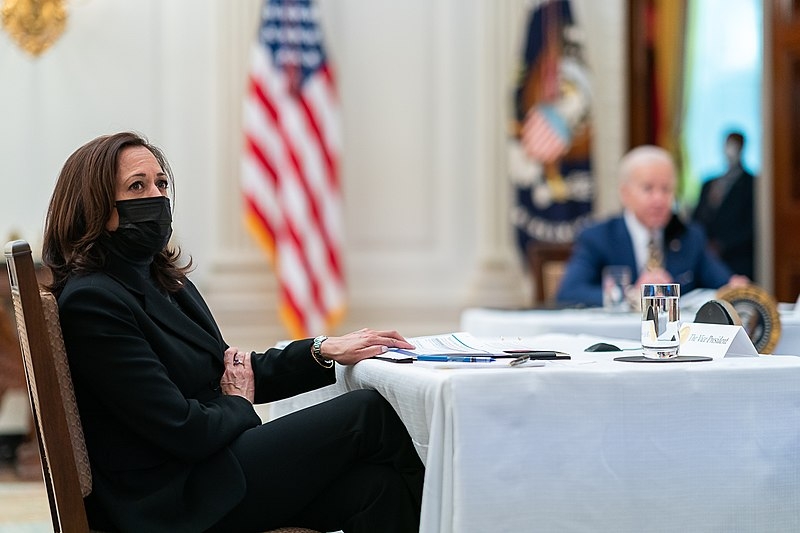 The verdict for the trial on the murder of Ahmaud Arbery was delivered this week as one of the two monitored trials that recently took place. US Vice President Kamala Harris weighed in on the verdict, praising the jury for convicting Arbery’s three killers.

Harris released a statement commenting on the guilty verdict of the Ahmaud Arbery trial. The vice president said that the verdict was reached despite the attempts from the defendants’ counsel. The three killers: Travis McMichael, Gregory McMichael, and William Bryan, faced nine charges each for their involvement in the fatal shooting of Arbery.

“Today, the jury rendered its verdicts and the three defendants were found guilty of murdering Ahmaud Arbery. Still, we feel the weight of grief. Ahmaud Arbery should be alive, and nothing can take away the pain that his mother Wanda Cooper Jones, his father Marcus Arbery, and the entire Arbery family and community feel today. I share that pain,” said Harris in her statement.

Arbery, a Black man, was fatally shot back in February of 2020 while he went out to go jogging in his neighborhood in Georgia. Travis McMichael was the one who fatally shot Arbery, while his father, Gregory McMichael, joined him in pursuing Arbery. Bryan joined the father and son and filmed the encounter.

Arbery’s murder in 2020 came to light during the civil unrest that occurred a few months later when the death of George Floyd set off the widespread Black Lives Matter protests against police brutality and racially-motivated murders. Harris also expressed her disappointment in the verdict in the trial of Kyle Rittenhouse, a teenager who fatally shot two people and wounded a third in Wisconsin. Rittenhouse was acquitted by the jury, a verdict that many have already predicted based on how the proceedings went.

“I’m disappointed in the verdict, I have to tell you,” said the vice president. “I think it speaks for itself. But I also have spent the majority of my career focused on what we need to do to ensure the criminal justice system is more fair and just, and we still have a lot of work to do.”