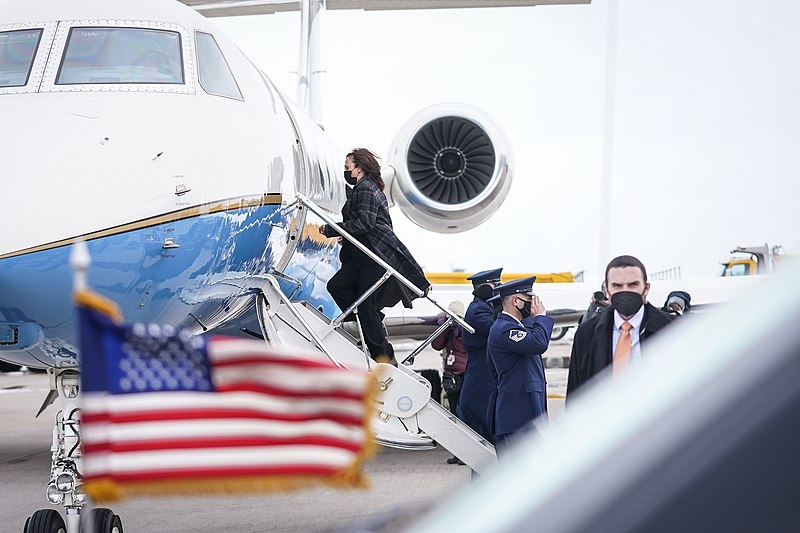 Despite efforts of trying to stem migration causes from the source, Republicans and some Democrats have been criticizing Vice President Kamala Harris for having yet to see the situation at the border. Now, a Texas Democratic Congressman is urging Harris to visit the southern border.

Texas Democratic Rep. Henry Cuellar wrote a letter to Harris urging her to come and visit the southern border to personally see the situation and the worsening crisis. Cuellar cited the problems posed on border patrol and other officials due to the influx of migrants looking to enter the US. The Biden administration faces a record number of migrants making the journey to the southern border in the hopes of entering the US following Joe Biden’s inauguration.

Cuellar also wrote that the situation at the southern border will only worsen noting that more migrants are expected to cross. Cuellar called for the Biden administration to take a proactive approach in solving the crisis at the southern border. The letter also echoes Cuellar’s comments in his interview with the National Review.

“I write to invite you to the US Southern Border to observe the ongoing humanitarian crisis and share the perspective of Americans who live there. I encourage you to join me and other Members of Congress, while we visit with the people on the ground who deal with these issues every day,” wrote Cuellar.

“The situation on the border will only worsen as more migrants are expected to arrive. The Administration needs to take a proactive approach to create a sustainable system of humanitarian aid and relieve everyday Americans of that responsibility,” added Cuellar.

Cuellar’s letter follows the joint press conference Harris held with the president of Guatemala during her first overseas engagements to address the causes of migration in Central America.

Harris has also been tasked to lead the Biden administration’s efforts in protecting voter rights and she recently met with 16 Texas state Democrats following their move to block a Republican-led state bill that would put restrictions on state voting. Harris hosted the meeting at the White House where she commended them for their courage when they walked out of the session that would seek the passage of the GOP-led legislation.