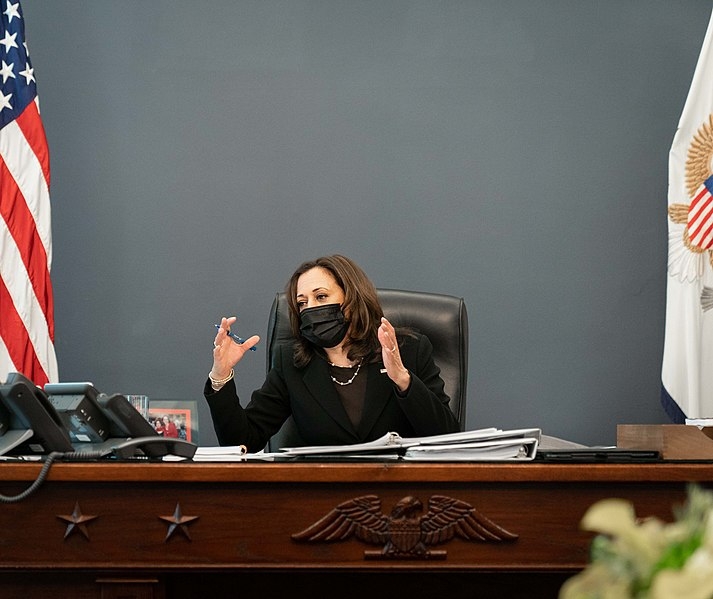 Republicans have been quick to criticize Vice President Kamala Harris for not personally visiting the southern border the US shares with Mexico. Texas GOP Senator Ted Cruz recently accused Harris of avoiding the immigration crisis the Biden administration is currently facing, only to be mocked by netizens in return.

The Texas Senator took to social media to accuse Harris of “running away” from the border or migration crisis as she was appointed by President Joe Biden to lead the administration’s efforts in stemming the flow of migration. Cruz shared a GIF from the movie “Monty Python and the Holy Grail” where King Arthur is seen running away from danger and shouting “Run away! Run away!” Cruz also shared a link to the CNN piece that had the headline “Vice President Harris’ team tries to distance her from fraught situation at the border.”

“On the border crisis, Kamala invokes an old leadership style,” tweeted Cruz, with the GIF.

Cruz then faced backlash from many in the comments, who pointed out that the Texas Republican infamously fled to Cancun, Mexico with his family just as the state suffered under a heavy snowstorm. Some commenters pointed out his Cancun trip in the midst of the storm by sharing GIFs or footage of Cruz hauling his luggage in the airport.

“I’m sorry, is Cancun Cruz trying to drag someone for ‘running away’ while being a leader? CANCUN CRUZ?!” One user commented. “Let’s remember what HE did when his leadership was needed.”

“During the Texas storm crisis, when the people of his state needed him to be the leader, Ted Cruz invoked a plane ticket to Cancun,” tweeted another user.

Meanwhile, Harris is also tasked with leading the Biden administration’s efforts in protecting voter rights. This has given advocates some assurance that the administration plans on combating Republican-led efforts to pass restrictive voting laws that would make voting more difficult. Harris is set to shore up outside support in protecting voting rights, including support from corporations, as well as possibly persuading some Congressional Democrats who are still hesitant on passing the House-approved sweeping voting bills that await votes in the Senate.