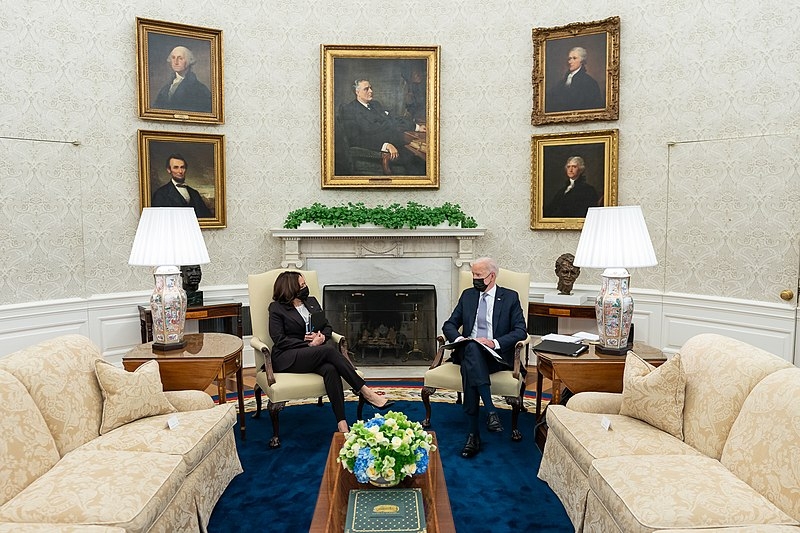 There has been some speculation as to what happens in the office of US Vice President Kamala Harris. Following a recent report stating internal dysfunction in Harris’s office, White House Press Secretary Jen Psaki came to Harris’s defense.

Psaki took to Twitter to give some assurance surrounding Harris following a report by CNN claiming that some aides to the vice president, including Harris herself, felt that she was being “sidelined” by US President Joe Biden and “constrained” in terms of her political duties. The report was also dismissed by Harris’s spokesperson Symone Sanders.

“For anyone who needs to hear it. @VP is not only a vital partner to @POTUS but a bold leader who has taken on key, important challenges facing the country -- from voting rights to addressing root causes of migration to expanding broadband,” Psaki tweeted.

Sanders described the piece as “gossip” in a statement she also shared on Twitter. Sanders noted that this piece comes as Harris wrapped up a successful engagement in Paris to further restore relations between the two countries.

“It is unfortunate that after a productive trip to France in which we reaffirmed our relationship with America’s oldest ally and demonstrated US leadership on the world stage, and following the passage of a historic bipartisan infrastructure bill that will create jobs and strengthen our communities, some in the media are focused on gossip -- not on the results that the President and the Vice President have delivered,” said Sanders.

The recent piece also led allies of the vice president to express frustration towards the media’s coverage of supposed “drama” in the White House by the press, along with anonymous quotes that suggest internal conflict among the staff. According to them, the problem lies with reporters looking to get the latest “scoop” along with Democratic operatives who are always listening for speculation and gossip that the journalists use in their coverage.

“None of this is helpful. I don’t care if you work for Joe Biden or Kamala Harris,” said one former aide to the vice president. “My advice to everyone is to stop using the media as your therapist.”

The blame was often pinned on the manner that the media has chosen to cover Harris, with complaints centered on race and gender that influence the coverage of the vice president. This is despite Harris’s historic victory as the first woman, first Black, and first South Asian to assume the vice presidency.