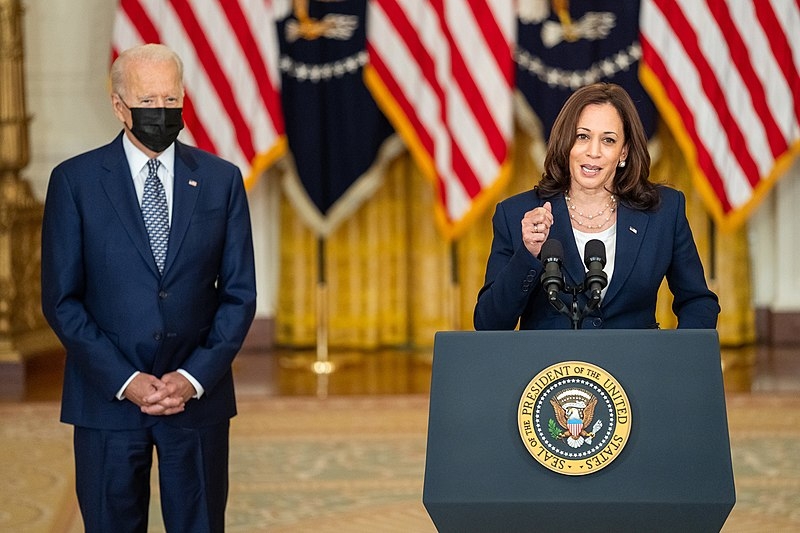 While the 2020 elections took place last year, many are already turning their attention to who would run amongst the two political parties in the 2024 elections. A new poll has shown that US Vice President Kamala Harris and former first lady Michelle Obama are top contenders for the Democratic Party’s nomination.

A poll by Hill-HarrisX showed Harris and Obama leading in who could be the Democratic Party’s nominee for president in case US President Joe Biden changes his mind and does not seek a second term in 2024. Between the two women, 13 percent of the respondents of the poll between November 18 and 19 say they would pick the vice president. 10 percent of respondents chose the former first lady.

Along with Harris and Obama, Transportation Secretary Pete Buttigieg was also among the candidates on the poll, as well as former New York Mayor Mike Bloomberg. Independent Vermont Senator Bernie Sanders is also listed as one of the likely candidates, as well as Massachusetts Senator Elizabeth Warren, New Jersey Senator Cory Booker, and Andrew Yang.

The former first lady has already said several times that she has no plans to run for office after spending eight years as the country’s first lady when her husband Barack Obama was president for two terms. Nevertheless, Mrs. Obama remains a strong choice among many Democrats who still hope that she will run for office someday.

“I wouldn’t ask my children to do this again because when you run for higher office, it’s not just you, it’s your whole family,” said the former first lady back in 2017.

In other related news, Harris reacted to the verdict given to the three killers of Ahmaud Arbery in last week’s trial. All three were convicted by the jury for Arbery’s murder. In a statement, Harris said that while the jury has reached the verdict, there is still work to be done in the aspect of racial justice.

“These verdicts send an important message, but the fact remains that we still have work to do. The defense counsel chose to set the tone that cast the attendance of ministers at the trial as intimidation and dehumanized a young Black man with racist tropes. The jury arrived at its verdicts despite these tactics,” said the vice president.