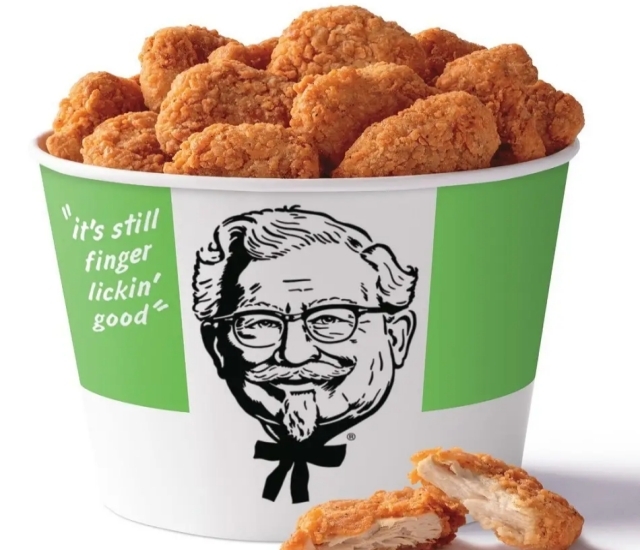 KFC is set to launch its plant-based chicken, and it will be offered for a limited time only. The fried chicken restaurant will add the new food item to its menu starting Jan. 10, and customers can buy them from KFC restaurant outlets nationwide.

According to CNBC, the fast-food chain’s plant-based chicken will be supplied by Beyond Meat. The official national debut of the said “meatless” menu comes after several years of testing that was carried out by Yum Brands, KFC’s parent company, and Beyond Meat.

The new KFC plant-based fried chicken promises to have the same taste and texture as real chicken. It is like a whole muscle chicken akin to the regular chicken breast.

At any rate, it was reported that KFC and Beyond Meat first placed the fried chicken alternative in August 2019 at a branch in Atlanta. The outcome has been impressive as the supply had already run out in less than five hours. Another test was carried out in southern California and Nashville, Charlotte in 2020 and it was successful as well.

“This is really about where the customer is going, they want to eat more plant-based proteins,” KFC US president, Kevin Hochman, said in a statement. “It is January, so it’s a time of New Year’s resolutions and wanting to do something different in your diet.”

Ethan Brown, the chief executive officer of Beyond Meat, further said that the partnership with KFC is not an overnight deal, but it was formed after many years. “We’re continuing to grow the operations team, they did a lot of work to help the team get ready in these final days,” he said. “They have helped us prepare for this and we brought in, I think, some of the top executives in the industry and it has great synergies with what we are trying to do in retail.”

CNN Business reported that the addition of plant-based fried chicken at KFC restaurant outlets marks the first time a major fast-food is selling “meatless” protein products that are not a beef burger patty or a sausage that have already become very common. This time, it is plant-based chicken meat.

Finally, customers can buy the new KFC plant-based chicken as part of a combo meal with fries and a medium drink, or it can also be purchased a la carte with 12 pieces of chicken in a box. There is also a pack with six pieces of chicken, and the price starts at $6.99.